Solid foundations built on flexible base

There is another road from the heavily politicised and extremely adversarial nature of our industrial relations environment. 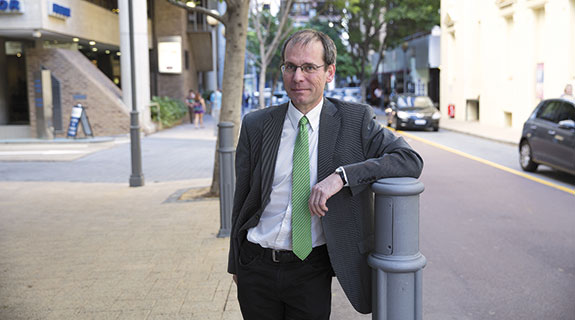 There is another road from the heavily politicised and extremely adversarial nature of our industrial relations environment.

There's no doubt the world would be a very different place if society had access to a reset button that could wipe the slate clean and help us start anew.

The idea is that by removing all the vested interests, taking what we’ve learned from the past and agreeing on a new way, we create a new and more harmonious beginning.

Perhaps that’s just wishful thinking, but there are times when it happened.

Intriguingly, losing a world war appears to be one way.

For Germany, currently the powerhouse economy of an otherwise desperately performing Europe, much of its success is rooted in those dark days after 1945 when its political and industrial systems had been annihilated in complete and utter military defeat.

Its new governors, at least those left temporarily in charge in the Western part of the country, oversaw the introduction of a new constitution, attempting to avoid the scenario that had led to two world wars, and, most particularly, the rise of the Nazi party.

Keeping politics, as much as possible, out of the workplace was one place to start.

So in Germany, trade unions are not integrated with political parties and legislators don’t have as much control over wages and conditions in the workplace.

While this system has not always been popular, especially during the 1970s when politics were more radical, it has survived and largely resulted in the good fortune of Germans at a time when their fellow Europeans are struggling to make economic headway, according to University of Freiburg professor for statistics and econometrics, Bernd Fitzenberger.

Professor Fitzenberger recently toured Australia (including Perth) as a guest of conservative think tank, HR Nicholls Society, which has a key focus on industrial relations.

In a talk delivered in an arts faculty lecture theatre at the University of Western Australia, the academic disputed a commonly held view that Germany’s recovery from its post-reunification economic malaise was due to the introduction of laws that sought to rapidly return the unemployed to work, restrict access to unemployment benefits and reorganise the state’s employment service. These changes are now seen as a panacea for the woes of the rest of Europe, he said. Does this sound familiar?

Instead, his economic studies show that Germany’s economic turnaround from the 1990s was because many employers, trade unions and works councils allowed for much greater flexibility in the traditional industry-wide or region-wide agreements that regulated wages, hours and other working conditions for companies.

The process, Professor Fitzenberger said, led to the decentralisation of wage setting and wage restraints within the existing system of industrial relations.

He admits that this unprecedented change was due in part to the drastic nature of the country’s economic deterioration, with unemployment hitting 11 per cent and many major manufacturers looking to move their plant to cheaper neighbouring parts of Eastern Europe.

So, faced with the loss of their factories to cheaper competitors, German workers in areas such as the car industry opted to make life easier for employers. Flexibility was the key as much as it was about wages.

Not all jobs were saved and a wages squeeze clearly came on the non-export sector as well as low-paid jobs, but the fact is they kept their industry at a time when they had to be competitive to do so.

Contrast that with what happened in Australia? When the federal government stopped subsidising auto workers’ wages they just gave up and let the industry go. Perhaps they’d rather make a political point than change their lives to save their own jobs and those of future generations. Or was it that generous redundancy packages made the choice to quit too easy?

Professor Fitzenberger also disputed the view that Germany benefited from being in the eurozone and would have struggled to export so successfully if it still had the Deutsche mark as its currency, assuming it would have appreciated.

He noted that Germany’s productivity gains had been spectacular compared with those of its trading partners. This included both its fellow European Union members as well those outside such as Australia, Canada, the US and Norway.

In other words, the advantages of the eurozone to Germany had also been available to France, Italy and other nations that had failed to reduce their cost per unit of production.

Professor Fitzenberger was surprised at how adversarial Australia’s industrial relations system was but also noted that trade unions in Germany could not fund one side of politics as they did here.

While the federal government under the Liberals is paralysed when it comes to IR, I personally thought WorkChoices was closer to this successful German model than what we have today.

Perhaps the German system offers an alternative pathway. It acknowledges the role of unions but also provides for a much more intimate connection between workers and employers via works councils, whose members are employees rather than union officials with all the political baggage they carry.

The key takeaway is that the lack of regulation has worked for Germany. Let’s hope we can consider such things here; before a desperate situation arises requiring us to adopt such reforms too late.