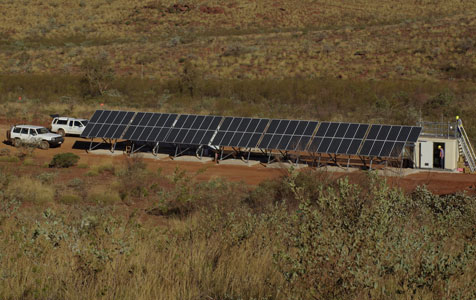 Renewable energy group Solco is set to acquire the GO Group of businesses, its latest step in moving away from solar panel wholesaling towards financing and technology.

Perth-based Solco will offer 615.3 million shares as consideration for the acquisition.

At today’s closing share price of 1.5 cents, the deal is worth around $9.2 million.

Terms of the deal also require Solco to hold a minimum $1.5 million in cash at bank for working capital.

“The acquisition of GO Group ensures that Solco has a substantive and immediate presence in both markets,” he said.

“As part of a public company, the GO Group will have a much stronger platform from which to build continuing growth across Australia, particularly the expansion of its renewables financing activities.”

Also today, Solco announced plans to raise $3 million to boost its working capital, with details of the offer to be released with a prospectus in November.

The moves come at the same time the Western Australian Renewable Energy Alliance warned the government against cutting the Renewable Energy Target, despite the recommendations of the Dick Warburton-chaired review of the sector.

WA REA said it feared if the recommendations were taken on board, future growth in the sector could be compromised.

“The report has ignored the vast bulk of submissions, which were in support of the RET,” REA WA spokesman Richard Harris said.

“It has also ignored the evidence that the RET has created new jobs in a new industry, and that the initiative, which has had bi-partisan support, is only halfway through its intended term.”