Perth businessman Kevyn Townley will be launching a crowdfunding campaign later this week for a tourism operation that will run solar-powered ferries on the Swan River. 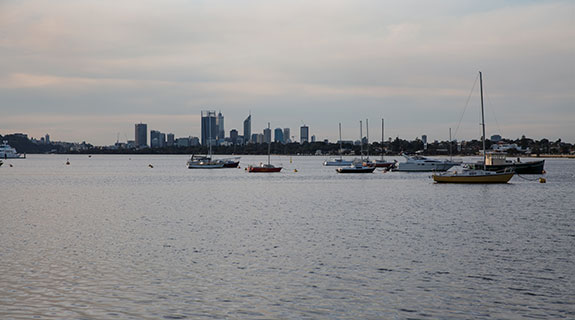 The service will initially have five destinations.

Perth businessman Kevyn Townley will be launching a crowdfunding campaign later this week for a tourism operation that will run solar-powered ferries on the Swan River.

The venture, Little Ferry Co, will initially operate two 12-person boats and is expected to commence in October.

Other targets could include service for corporate guests to the new stadium.

Mr Townley said he believed the service would appeal to both tourists and locals.

He said tourism numbers for Perth were exciting, with the new watefront development holding promise.

"Its not only a tourist service … I also think the majority of local Western Australians haven’t been out on the water (in a personalised way),” Mr Townley said.

The service will run a regular daily schedule and will be bookable for charters in the evenings, including trips to wineries and to Fremantle.

Once a week it will be hired out free for community and not-for-profit groups.

The ferries will be designed and built in Noosa by Derek Ellard, and will feature an Edwardian style design.

They will be charged overnight and have additional solar panels on their roofs.

Mr Townley said the vessels would be the stretch limousines of the Swan River, with skippers providing historic commentary about the river and its surrounds.

He said the key to success for the business would be timing.

Around 30 water taxi operators work on Sydney Harbour, but this will be the first solar powered, high-end operation in Australia.