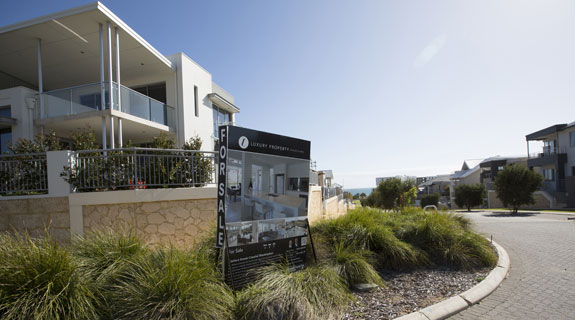 Perth’s median house price is either flat or on the nose, according to the latest analyses by market watchers CoreLogic RP Data and the Real Estate Institute of WA.

RP Data released its monthly home values index today, which put the Perth median dwelling price at $515,000, a 0.1 per cent rise in the month of July and a 0.7 per cent fall in the past three months.

The figures followed Reiwa statistics released over the weekend, which showed Perth’s median house price had fallen $20,000 in the June quarter, to $530,000.

“Some of this fall can be attributed to the composition of sales, with a greater turnover of more affordable properties pulling the median downwards, but it’s also clear there is a market correction under way and many sellers are having to discount to find a buyer,” Reiwa president David Airey said.

Mr Airey said it was now taking, on average, 71 days to sell a property, an increase of three days on the previous month, with 60 per cent of sellers having to reduce their asking price.

Listings appear to have finished their meteoric rise of the past six months and levelled out, Mr Airey said, with 13,739 properties available for sale at the end of June.

Rents are also softening, with 40 per cent more properties available to lease at the end of June, compared with the same time last year.

The metropolitan median rent is now $420 per week, Mr Airey said, a $55/week drop over the past two years.

“Sellers and landlords must listen to their agents about getting the price right for a quick sale or to find a long-term tenant,” he said.