Social vision gets the office in tune

An event that brought out previously hidden Europhile tendencies proves a winner in a WA workplace. 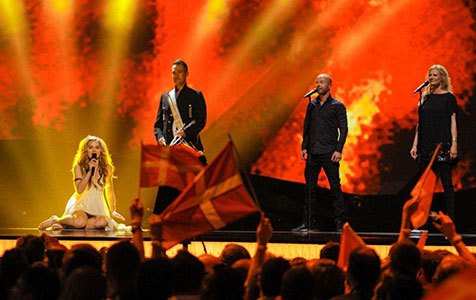 Australians have for years ridiculed the Eurovision Song Contest as a quaint talent quest of dubious quality.

And while the commentators for SBS’s broadcast in recent years have done little to challenge this perception (and let’s face it, some of the acts haven’t helped; remember the Russian grannies?), Eurovision is a seriously mainstream event attracting a TV audience in Australia of 3 million.

But it is not the song contest itself, or even its unique way of bringing Europeans together (or not, depending on the voting), that has struck me most about Eurovision. Instead, I’ve found the way it wove its way into the fabric of a friend’s small business the most entertaining part of this annual event.

Each year, the staff at a small business at which a friend of mine was formerly employed used to make Eurovision more of an event than most Europeans could conceive of.

Notwithstanding the timing of the event, on a weekend night before a working day, this firm managed to make Eurovision the culmination of weeks of fun and labour.

It was like a Melbourne Cup sweepstake dragged out to achieve maximum effect.

After randomly selecting the countries they were backing, the employees adorned their work areas with all manner of related paraphernalia, baited each other over their chances in the contest and generally kept up with the crescendo of otherwise useless news created by the build-up to the event.

On the big night – hosted by last year’s winner, of course – they would be dressed in the appropriate national costume and bring food prepared in the style of that country. For those with less time and energy there were short cuts; I recall my friend admitting that he had to ad lib one day when needing to find food that represented a Spanish contestant. He bought some Danishes, threw on something that appeared to be of Iberian origin, and called them Spainishes.

It’s that kind of entrepreneurialism that makes Western Australia great.

To me this company’s efforts were a management benchmark in finding that blend between serious and social at the workplace – a balance few businesses manage to get right.