Electronic media has been the key behind the success of one of Perth’s fastest-growing real estate agencies. 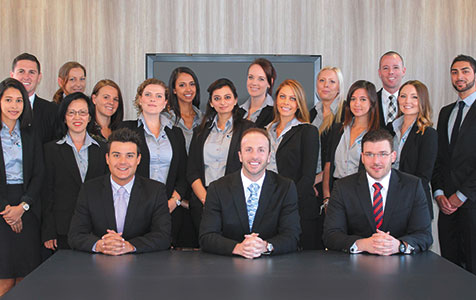 CRAWFORD Property Group considers itself to be a trendsetter for a new breed of real estate agencies.

Established in 2008, Crawford Property Group has replaced the conventional face-to-face method of selling real estate with a digitally based approach.

It’s been a solid strategy, with the group’s turnover increasing by around 75 per cent since the 2009-10 financial year.

The group was also the only real estate agency to be nominated for three categories in the Australian Real Estate Awards in 2013, while its Port Hedland office was named one of the top 50 sales agencies nationwide for the 2011-12 financial year by market analysts Real Estate Business and RP Data.

Since its started business in the Pilbara in 2008, Crawford Property Group has grown its staff from a handful to around 80 in 2014, across seven offices in Perth, Port Hedland, South Hedland, Karratha, Newman and Derby, as well as a Queensland outpost.

Electronic media has been the key behind the success of one of Perth’s fastest-growing real estate agencies.

Mr Crawford said the company’s focus on a digital approach was breaking down traditional boundaries for real estate investors.

“We have created a new industry paradigm by taking our message and property services nationally via a range of modern electronic media options,” Mr Crawford told Business News.

“No longer is there a need for the property investor to live in or visit the area in which they are going to invest.

“In fact, although most of our offices are located and operate within the mining areas of north-west WA, we are able to educate, guide and transact electronically with clients all over the country.”

The company deals with more than 10,000 clients each year, and its commitment to new media means its reach is continually growing.

The group also has access to more than 100,000 clients via third party investor networks, while its comprehensive website receives in excess of 16,000 views each month.

Mr Crawford said this approach had resulted in around 90 per cent of its transactions being completed through digital channels, rather than on a face-to-face basis.

“In an industry still struggling to maximise the exponential benefits of our new social media world, we have created a strong social media brand that supplies well over 10 per cent of our organic website traffic each month,” Mr Crawford said.

“Many other real estate agencies have now followed our lead and we are seeing the emergence of a number of offices now utilising electronic media to grow their businesses.”