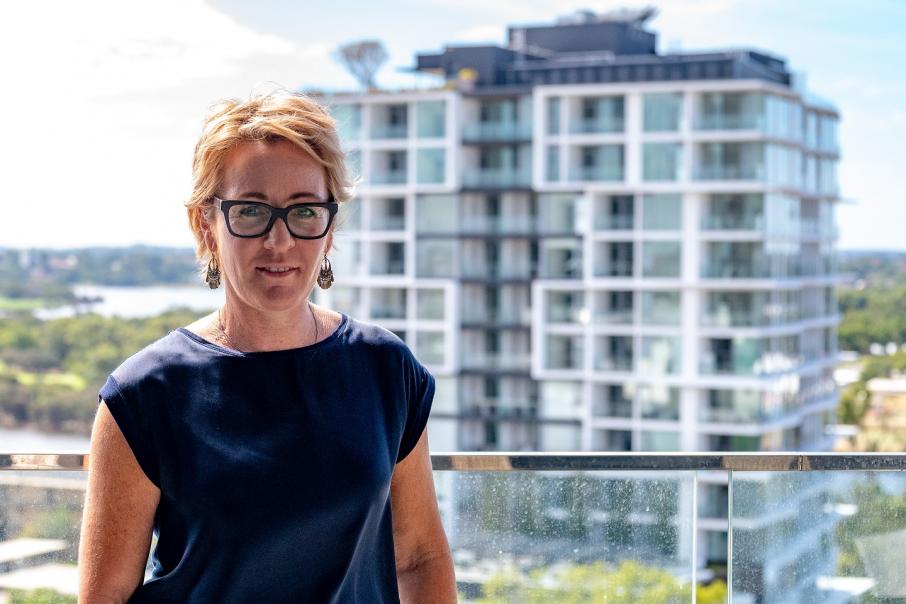 Having recently established itself in Western Australia, Housing Choices Australia plans to use its newfound resources to advocate for change in the sector.

Housing Choices WA general manager Natalie Sangalli, who previously worked for Access Housing, said one of the reasons for the merger was to increase the organisation’s size and influence in order to campaign for reform.

“We really, in WA, are looking for a little bit more heft to advocate to government for positive change in the social and affordable housing [sectors],” Ms Sangalli told Business News.

“That was the first thing for me that I think this merger brought, and then off the back of that, the ability to leverage off each other’s best practice was very appealing.”

The merged entity has maintained Access Housing’s tier-one social housing provider status, which means it has asset procurement and development functions or complex tenancy and property management functions that operate at scale.

Other tier-one providers in WA are Foundation Housing (2,186 units) and Community Housing (911 properties).

Housing Choices Australia managing director Michael Lennon said several larger institutions were emerging across the country, and Access Housing had been interested in being part of a national provider.

He said Housing Choices wanted scale and increased commercial capabilities to respond more effectively to the issues in the social and affordable housing sectors.

“I think, from Housing Choices’ point of view, we saw enormous opportunities to benefit from some of the capabilities that had been built up in WA,” Mr Lennon told Business News.

Housing Choices’ arrival in WA comes at an uncertain time for the social housing sector, as the waiting list for public housing sits at more than 15,000 and is expected to grow as the rental market tightens.

A low vacancy rate, high rental prices and low interest rates, as well as the end of the moratorium on rental price hikes, could create a rental squeeze.

Sector advocates fear this could force low-income earners out of the private market and onto the social housing waiting list.

Data from the Real Estate Institute of WA in February showed Perth’s median rental was at a five-year high of $400 per week, $40/week more than the same time last year.

REIWA said 258 suburbs recorded an increase in rent, with median rent in Subiaco growing from $700 to $723/ week.

February marked the sixth consecutive month of fewer than 3,000 listings in Perth, with the vacancy rate hovering at about 1 per cent.

“We have got these unusual characteristics where house prices are going up, interest rates are low, the rental market is tightening everywhere for a whole range of reasons, including people coming home to WA from other places,” Mr Lennon said.

“What that is placing, of course, is higher pressure on waiting lists and on demand.

“We would expect that over this next period there will be pressure on everyone to find innovative supply solutions to build more stock.”

Ms Sangalli said she was worried about the imminent end of the moratorium on rental increases.

“The social housing waiting list at the moment in WA sits at about 15,000 people. I can’t see there is going to be a positive impact on that, there’s going to be quite a frightening impact,” she said.

The state government recently released the State Housing Strategy 2020-2030 and the Ten Year Strategy to End Homelessness, which Ms Sangalli said were well-received by the sector at the time.

However, she said the COVID-19 pandemic and the tighter rental market that emerged as a result meant the whole landscape had shifted and strategies needed to be revisited.

Advocacy group Shelter WA has called for the state government to spot-purchase 2,000 dwellings before the moratorium on evictions and rent hikes ends.

Hopes of change in the sector have been lifted with Premier Mark McGowan’s appointment of new member for Perth, John Carey, to replace Peter Tinley as housing minister.

Mr Carey will continue to roll out the $319 million social housing economic recovery package, which involves building or buying 250 metro and regional properties, refurbishing 1,500 and undertaking maintenance on up to 3,800 regional properties.

Housing Choices Australia plans to lobby the government for change in terms of management of social housing properties, preferring community housing players to take over.

Statistics from advocacy group Shelter WA, which were based on the Productivity Commission’s 2020 Report on Government Services, and 2019 data from the Australian Bureau of Statistics, showed 77.1 per cent of social housing in WA was managed by the government, with 22.9 per cent run by the community housing sector.

Tasmania and NSW have the highest percentages of social housing operated by the not-for-profit sector, after both states undertook programs to transfer properties from government management in recent years.

In NSW, the not-for-profit sector manages 34.3 per cent of properties, compared to 47.4 per cent in Tasmania, according to data from Shelter WA.

Ms Sangalli said it cost less for community housing providers to manage properties, because not-for-profit organisations could access additional revenue from Commonwealth Rent Assistance at no extra cost to tenants, and it could save GST on costs for the purchase and management of new housing.

The Australian Institute of Health and Welfare’s 2018 National Social Housing Survey found tenants were satisfied with the overall services provided by their housing organisation (85 per cent) compared to tenants in public housing (76 per cent).

“There is some reticence in WA to transfer stock to the sector, but I think a larger organisation provides those safe hands so we can start to open up that conversation again,” Ms Sangalli said.

“I think the sector delivers the product really well, both in terms of tenant satisfaction – we are consistently higher than the state in terms of inspection levels – and also it’s cheaper for us to do it than the state to do it.”

Mr Lennon said the group was also planning to create more developments with blended housing models, which provided accommodation for a mix of tenants.

Housing Choices has undertaken similar projects in other states. It recently announced the Nightingale Bowden project, a carbon-neutral development in inner-city Adelaide with 20 dwellings, five of which are designed for people with disability.

In 2020, Housing Choices completed the Spence on Light project in Adelaide’s CBD for seniors, particularly women over 55, and people with disability.

“At a very localised level, we would also see the scope for service innovations in order to deal with groups of people who might not be on the radar,” Mr Lennon said.

“We also know, for example, that there are significant numbers of older women experiencing housing stress.

“In South Australia, we recently completed a project [Spence on Light] where we targeted women over 55s in circumstances which they had been living with relatives, with sons and daughters.

“These are women who have gone through some trauma of some kind later in life – often brought on by an illness or a marriage breakdown or whatever – but find themselves structurally more disadvantaged than others because of time out of the workforce looking after children.”

Mixed funding models were also on the cards for new WA developments.

The SA government committed $14.5 million to purchase 40 apartments, which are managed by Housing Choices, with 16 apartments bought by ACH Group to support older people.

“We are very hopeful in a post-election [WA] environment, working with the government to explore opportunities for mixed funding models that may be available in WA,” Mr Lennon said.