Live crowdfunding organisation The Funding Network believes it is changing philanthropy by showing people they don’t have to be rich to make a real difference. 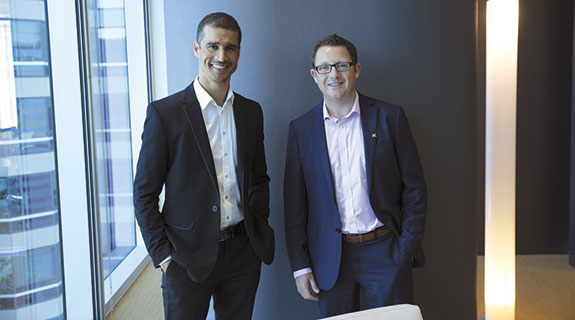 Live crowdfunding organisation The Funding Network believes it is changing philanthropy by showing people they don’t have to be rich to make a real difference.

Its next event is focused on organisations which have a social enterprise approach.

Western Australian director Duncan Ward said The Funding Network was aiming to exceed the $57,800 it helped raise in August this year, when it holds its sixth event this week.

Business News has previously reported how Shine, a program aimed at educating and empowering young women in Geraldton, turned to The Funding Network in a bid to connect with new sponsors and supporters.

Shine went on to secure $18,700, with other groups, including Foxglove, Zonta House and the Girls from Oz, also gaining financial support.

Mr Ward said the unique fundraisers were becoming so popular the network was preparing to hold its first regional event in the Pilbara next year.

However the network’s next event will be held this Wednesday evening (November 25) in Perth, hosted by PwC, after former 40under40 winner and PwC partner Justin Scanlan led the accounting firm’s offer to match every dollar raised from PwC staff donations.

He said support was needed in many forms and at various stages, including at the very beginning of the process when social enterprises, which sought to maximise social impacts as well as profits, were in their infacncy.

He said co-working spaces provided by Spacecubed and the likes of Atomic Sky could be valuable allies in the early stages because they offered social entrepreneurs access to networks and opportunities to learn new skills in a relatively low cost space.

Demand for this type of supportive environment is growing.

Last month, Business News reported that Spacecubed was set to open a new co-working space at 191 St Georges Terrace after striking a partnership with commercial property owner and developer Hawaiian.

Mr McCulloch said when Spacecubed opened its headquarters on 45 St Georges Terrace in 2012 it had benefited from a unique arrangement with Stockland.

He said a staggered rent deal had allowed Spacecubed to pay less rent initially, with payments growing over time as it attracted the 650 members and eight staff it now had.

Mr McCullough said the number of social enterprises in Perth had to grow, and investors needed to become more comfortable with the returns on offer, before they could gain traction.

“I think there’s still a lot of work to do around educating potential investors around social enterprise around what are the opportunities, what are the risks,” he said.

“We’ve got some, but not enough to get impact investors interested. You need that volume of activity and I don’t think we’ve hit that.