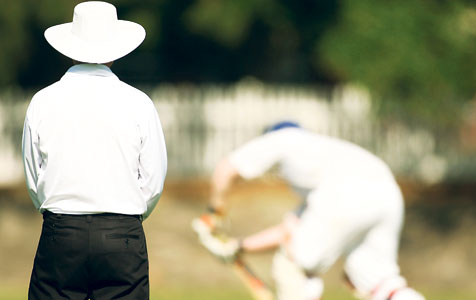 Australia has cruised to a first innings total of 328 as it aims to book its place in the World Cup final against New Zealand.

Batting first after winning the toss, the Aussies were able to bounce back from the dismissal of David Warner for 12 in the third over and the score at 1/15, with Aaron Finch and Steve Smith piling on a 182-run partnership.

Smith did the heavy lifting, scoring 105 runs off of 93 balls, while Finch knocked up 81 runs.

The next highest scorer was Shane Watson, with 28 runs, while Mitchell Johnson provided a quick-fire 27 off of 9 balls to boost the Australians’ total to a highly-competitive 328, the first time any nation has scored more than 300 in a World Cup semi-final.

Umesh Yadav was the pick of the Indian bowlers, picking up four wickets for 72 runs off of his nine overs, including the breakthrough wicket of Smith in the 34th over.