Voters should be wary of Labor's plan to close a costly waste facility as it eyes two marginal seats. 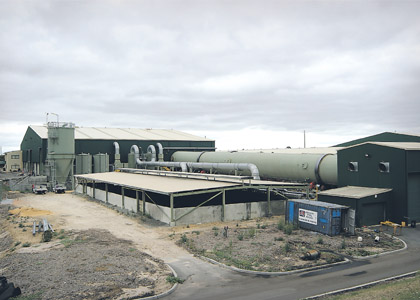 Voters should be wary of Labor's plan to close a costly waste facility as it eyes two marginal seats.

PRIVATISING profits and socialising losses was one of the big catch cries from the global financial crisis.

It was an apt description of the bailout model for US investment banks, which had reaped rich rewards for their high-risk behaviour before the GFC and then expected the US government to prop them up because they were, supposedly, too big to fail.

Capitalist theorists believe they should have been allowed to fail, so that future investors would be more wary of the risks involved. Bailing them out just sends the signal the risk is worth it.

With that in mind, I have watched from the distance the battle around the Southern Metropolitan Regional Council’s Waste Recovery Centre in Canning Vale.

The plant was built by a consortium of councils and has been a disaster. It smells, does not work properly and is more expensive than other options.

The problem has been exacerbated because the councils, which are political beasts, can’t bring themselves to end the contract to supply waste to the SMRC facility because they own it - or, more precisely, they are collectively owed tens of millions of dollars, which they would have to write off if they recognised the problem and acted decisively.

It is a classic example of why governments should not be allowed into business.

If a private business had failed so dismally, the councils would have terminated the contract and walked away from it. In that case the losses would have remained the problem of private investors.

The SMRC facility debate has become more interesting of late because two of the Liberal Party’s most marginal seat holders, Riverton’s Mke Nahan and Jandakot’s Joe Francis, are affected by the fallout from the waste issue and are fighting for their political lives.

The Labor Party has recognised the vulnerability and announced it will close the waste-composting component of the centre, which handles 85,000 tonnes of green waste a year.

Mr McGowan also said he would consult with local governments to ensure the closure will not have a detrimental effect on ratepayers.

That last promise has that worrying element of a fairly open outcome on who ultimately pays. It reads to me that if ratepayers are not to be adversely affected, then the state will be assuming the burden.

While this would not exactly be the same as the GFC bank bailouts, what we are seeing is the losses being more widely socialised - transferred from one group of people, the ratepayers of the SMRC councils, to a broader set.

This is just as bad in my book; if councils and, by default, ratepayers don’t learn the downside of bad decisions, how will they ever learn?

The losses we are talking about will not bankrupt the councils involved. They ought to wear the cost, but, by acting for the tactical advantage of an election win, Labor risks assuming the cost burden because the councils will argue they did not make the decision to close the troublesome composting facility.

The councils ought to be making this decision themselves. After all, it is not just their mistake, it is their voters that are smelling that outcome.

The councils are ignoring cheaper alternatives, which would create such savings that would enable them to pay off the debts they have incurred in just a few years - based on the budgeted cost of paying to send green waste to the existing composting plant.

Labor wants to send the waste to landfill. The cost of that was not revealed but I would presume it is cheaper. Of course, landfill costs are rising as land prices increase and there are environmental downsides.

Mr Nahan believes that high temperature incineration is a proven alternative to landfill that has a willing private backer, which would charge half the fees of the current composting facility.

It might be a long bow to draw but, in some ways, Labor’s new rail plan is yet another version of this - widely socialising losses while, ironically, privatising profits with certain ratepayers and the councils they vote for.

I admit I have publicly derided the transfer (privatising) of land development costs from the community, notably the state government, to land developers, which ultimately means new homeowners.

In the past, we all wore the cost of new land development because cheap housing was an economic strength and that was good for all of us. Land developers, perhaps, profited from this and their profits went in corporate taxes to the federal coffers.

Public transport has elements of community benefit. Business can’t operate if its workers can’t get to work - or an airport, as Labor’s plan includes.

However, it is a fine line as to whether expensive fixed rail lines are really a bigger community benefit than other more flexible options such as buses. Railways are certainly much more expensive on the public purse, per passenger, than buses.

Of course, it is election time and pretty rail networks are great electoral fodder because voters know that once railways are built they are hard to shut down, compared to a bus route.

And Labor’s plan is well targeted in that respect. A circle line, including the south-east and many of the marginal electorates I have mentioned above, offers a great carrot to voters.

But the south-east already has public transport and great roads for buses. A railway would cost the state government hundreds of millions to build and be a costly drain on the public purse for decades to come. The direct winners would be ratepayers in the area, whose land prices rise. By default, councils would win as rates increased.

Eventually, the state government would have some payback based on bigger stamp duties from housing sales but that would hardly match the costs incurred upfront and in future years.

Again, we see the socialising of losses and the privatising of profits - all based on the whiff of election opportunism.

THIS past year has been as rough as anything Western Australia has experienced, economically, for some time.

I have depicted it as a battle between the bulls and bears, the optimists and the pessimists, which has see-sawed from one week to the next based on global news events.

I have been firmly in the pessimistic camp, mainly based on the fact that valuations and prices remained high here, despite most of the world having economic crises.

Recently, though, I have noted real changes, which, I suspect, mean the worst is over. I would never pretend to be a forecaster and, based on experience, believe most efforts to predict the economic future are fraught, offering little more value than having an octopus choose the outcome.

But this time I go into Christmas slightly more optimistic than I have been for several years.

Let’s hope that view turns out to be right. In the interim, I wish our readers a merry Christmas and a happy New Year.