We have to focus on liveability and flexibility in order to broaden our economy. 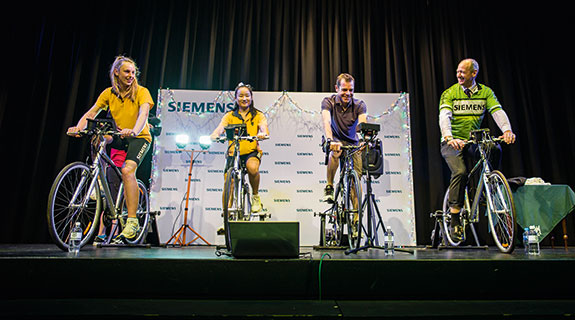 We have to focus on liveability and flexibility in order to broaden our economy.

The issue of Western Australia’s industrial diversity has been raised with me on numerous occasions in recent weeks.

As our reliance on resources weighs heavily on business and the overall economy, I am repeatedly hearing that we need to have other industries.

My response is that we already do, they are just are just dwarfed by resources. How many other regions with just 2 million people have such huge export-oriented agriculture and fishing sectors, an adaptive investment banking sector that can shift rapidly into technology, and advanced manufacturing such as fast ferries?

If we are realistic, we have bounties that ought to be thankful for, not be moaning that we want more.

However, there is nothing wrong with encouraging the natural diversification of our economy, allowing the wealth generated from mining to flow to other fields. This is already happening, as those who have made money from resources realise that they, too, need to spread their wealth to keep it secure.

But it should not be up to governments to pick winners; they should just make life easier for those who want to start businesses of any type.

Areas where I think governments can play a huge role are those of lifestyle and standard of living and one way of doing that is adding more people.

It is hard to imagine that this could be improved by increasing our population, but that is what has been happening for generations and will continue to do so – albeit with the aid of technology.

Such technology was part of a wide-ranging discussion led by Roland Busch, a board member of the technology and manufacturing giant Siemens, and its global CEO of infrastructure and cities.

In Perth to announce the winners of Siemens’ national FutuRide competition, which seeks innovative ideas on ‘powering a better future’, Dr Busch also spoke at a Committee for Economic Development of Australia function last week.

His view was that a number of the big forces impacting on the developed world – a reformed version of globalisation, climate change, population ageing – could be better and more efficiently mastered and controlled by further urbanisation, because bigger cities are more productive and efficient.

Furthermore, such productivity provides economic growth that is otherwise harder to attain. Dr Busch said cities that don’t grow risked dying, the once wealthy car-making city of Detroit being a good example.

However, he added, urban growth does not come without challenges, as we know.

And that is where another great force of our age comes in – digitalisation, which is driving some of the great changes taking place (or is set to), such as digital disruption and intelligent infrastructure.

While we are familiar with the disruption that has occurred in media, music and is now engulfing taxis, Dr Busch sees it taking place in all areas.

An example is that of energy generation and distribution. We have already seen problems here with a rush of taxpayer-subsidised rooftop solar electricity production proving costly to the state and disruptive to state agencies. In part that is due to skewed economics, but also because our electricity grid is not designed to cope with thousands of mini-generators turning on and off while having a giant back-up system whirring away in the background.

Our existing systems need accept change is coming and embrace it because, when generation and storage systems such as household batteries improve, they will make our cities more efficient and productive, if the old ways don’t hold them back.

Dr Busch suggests that technology will have a huge part to play in that adjustment. Not just in driving the disruptive alternatives, but also helping existing businesses deal with change by having more intelligence in their networks.

For an energy grid, that may mean sensors that better inform automated management of changes in demand and supply.

But for all business it makes for a much more intelligently connected supply chain, such that each part of a business (from production to end consumer) is aware of the wider network.

So what does this mean for you and for me?

I think we have to be more accepting of change. The idea that things can get better while they stay the same is ridiculous.

No-one tried to build a chassis around a horse and put wheels on it; it was simply replaced by the motor car.

That doesn’t mean there is no cost. Hay distributors, blacksmiths and street cleaners all had to find new jobs when cars rapidly took over from horses and carriages.

Did anyone really suggest they should be subsidised and cars taxed to pay for that?

Another key aspect of this drive towards urbanisation that Dr Busch referred to was that cities were competing with each other to attract people and talent. Economic growth from population growth was a self-fulfilling cycle, and a key ingredient was quality of life; the smartest people could choose where they wanted to live.

So the challenge for us is to continue to make Perth more liveable as it grows. The fast rise in population in the past decade created some negatives. The economic slowdown has relieved some of that pressure and given us more time to adjust organically.

But we have to embrace change, and understand the benefits it brings.

Loading unnecessary costs on developers or restricting how people move around is wrong and will lead to mistakes that take decades to repair; putting sensible and very limited rules in place to guide development towards a future where technology will play a greater role will be beneficial for all – encouraging the kind of diversity we need to thrive in the future.