From traffic management to crime and utilities, smart city tech is advancing rapidly. 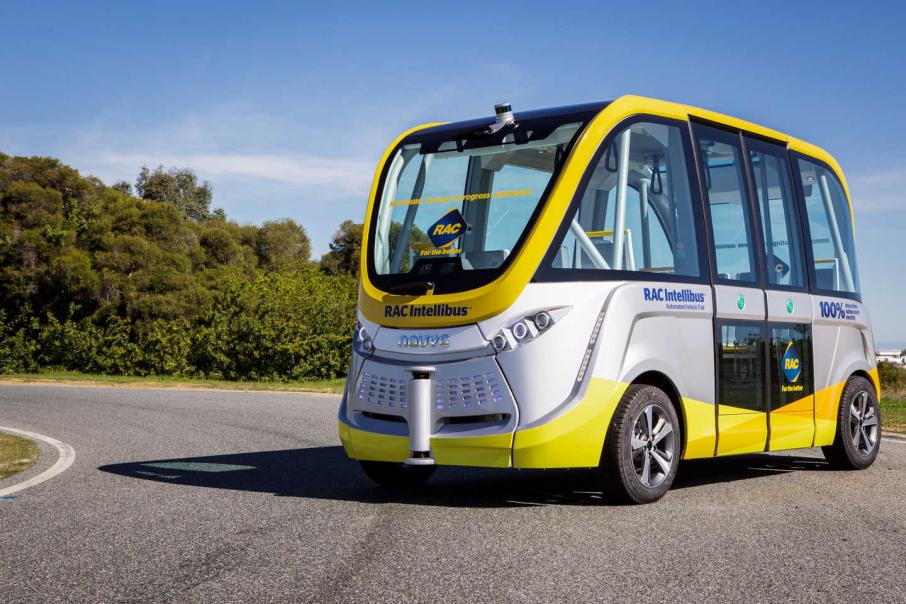 RAC's driverless shuttle is one of the smart city projects being trialled in Perth.

The goal of smart cities is to produce positive social, environmental, and economic change by leveraging the opportunities created by the internet of things.

Efforts to create a smart city are often focused on mobility, transport and the environment.

According to a 2019 report by KPMG, 21 per cent of local councils in Australia are currently trialling smart city projects.

In Western Australia, this includes ventures such as: the RAC Intellibus (driverless shuttle); Curtin University’s blockchain-backed water and energy efficiency project (Fremantle); and a digital radio network in the Shire of Collie, for smart emergency and fire management.

Released last month by the Institute for Management Development in Switzerland and the Singapore University for Technology and Design, the Smart City Index ranked Singapore, Helsinki and Zurich in the top spots.

The study combined economic and technological data with a survey of citizens from 109 cities. It assessed the citizens’ perceptions of their own cities across five key topics: health and safety; mobility; activities; opportunities; and governance.

Questions covered the attitude of the community (comfort with use of face recognition technologies to lower crime); the structures within the city (satisfaction with recycling services); and available technology (free public WiFi and increased access to services, and the use of car-sharing apps to reduce congestion).

Sydney ranked as the 18th smartest city out of the 109 listed in the index. Melbourne placed at number 20 and, unfortunately, Perth was not covered.

There were nine Australian projects in the finals, including the City of Perth’s Smart City Collaboration Marketplace, which won the Civic Engagement award.

The Collaboration Marketplace was a combination of several smaller projects with the goal of improving liveability, sustainability and workability in the City of Perth.

It also included a sustainability dashboard that consisted of an open data portal, Australia’s largest public LoRaWAN network (in very simple terms, a protocol that connects battery-operated ‘things’ to the internet), and the Citizen Science program.

Citizen Science was rolled out to 12 schools and universities, including the University of Western Australia, Curtin University, and North Metropolitan TAFE.

The program used smart sensors to measure and report on air, soil and water data. This was then published to an open-data portal in real-time, which students could access to develop their STEM and technology knowledge.

The combined projects were reported to cost $3.6 million and were completed in 2019.

The City of Joondalup’s Service Efficiency and Effectiveness Review program, implemented in 2013, has resulted in more than $4 million in cost savings.

Central to the program is Joondalup Enterprise Management (JEM), initially intended for the city’s rangers to better manage stray/lost dogs.

KPMG’s 2019 Smart Cities report found that the system served to increase the accuracy of tracking works and expenditures against all infrastructure assets to drive decision making and identify efficiency gains.

As a result of the successful implementation, it was rolled out to assist with other tasks within the City of Joondalup, including timesheets, purchasing and financial reporting.

The city is also making efforts to reduce any paper-based processes, providing mobile devices for off-site staff that are connected back to the JEM platform.

This initiative alone is reported to have generated savings of $126,000 in the first year.

Market insights company IoT Analytics recently published a report on the initiatives of 50 of the smartest cities around the world, including Dubai, London, Beijing and Barcelona.

The top five use cases for smart cities are listed below.

• Traffic monitoring and management (the installation of 380 intelligent traffic lights in Copenhagen that prioritise bikes and buses).

• Video surveillance and analytics (a licence plate recognition system installed in Capetown, South Africa, monitoring up to 300,000 vehicles per hour and reducing crime rates by 65 per cent).

• Connected streetlights (the city of Chicago, US, saving over $US10 million in electricity costs annually after installing upwards of 200,000 LED street lights).

Smart city projects currently being trialled and implemented around the world should demonstrate huge economic benefits and improvements in liveability for local citizens.