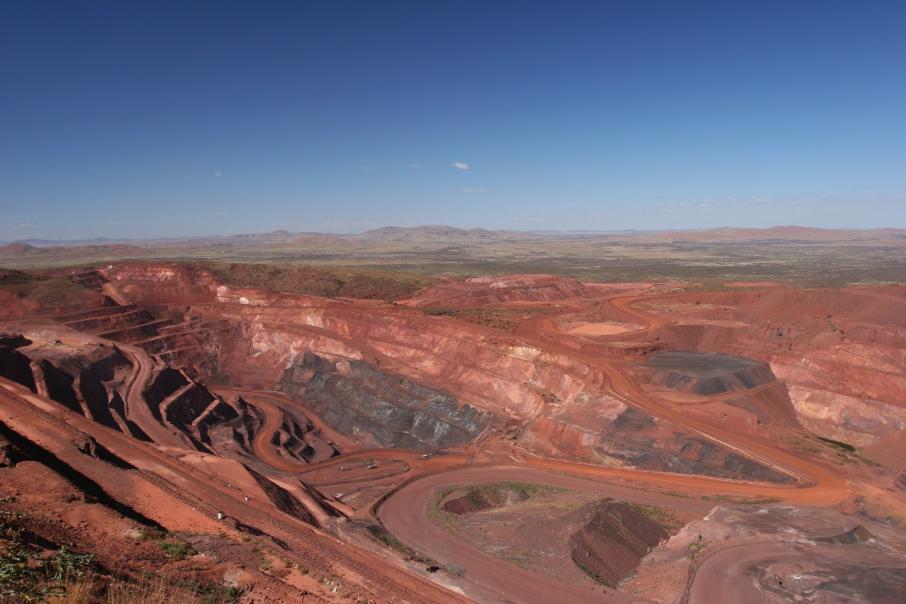 Iron ore prices have fallen sharply from the highs of $US230 a tonne set in May. Photo: Stockphoto

Western Australia’s all-important iron ore industry is heading for a wild ride which promises to do as much damage as the last significant price collapse just six years ago.

For investors, workers, trade suppliers and the state government, what’s likely to happen will be a painful reminder of the collapse of a one-time rising star, Atlas Iron, and a number of other second-tier miners.

The boom of the past few years and COVID-19 pandemic have dulled memories of the financial squeeze that follows a period of falling commodity prices and rising costs, but the same conditions which killed Atlas in early 2015 can be seen today.

A sniff of what’s to come in iron ore can be detected in the recent mothballing of a WA gold project hit by an unexpected 31 per cent increase in capital costs which negated the income promised from a relatively high gold price of $US1,750 an ounce and a local gold price of more than $2,400/oz.

Bardoc Gold shelved its namesake mine near Kalgoorlie when the estimated capital cost blew out from $177 million to $232 million between March and September.

A similar cost crisis forced Fortescue Metals Group to review its Iron Bridge magnetite processing project earlier this year after it was hit with a $1 billion blow-out, which lifted its estimated cost to as much as $US3.5 billion.

Iron ore, which has been the driving force behind the high profits of big miners such as BHP, Rio Tinto and FMG, could be in more trouble than gold mining because it is more exposed to the revenue side of what’s happening with the iron ore price, which is well down on the record high of $US230 a tonne set in May.

That Atlas experience of 2015 is a sobering example of what happens when management enthusiasm runs ahead of reality, which back then included an iron ore price fall from $US138/t in early 2014 to less than $US50/t by late 2015.

The cause of that price crash was a decline in steel demand after the end of economic stimulus which followed the 2008 global financial crisis and strong iron ore supply from Brazil and Australia, including the development of a number of marginal (high-cost) mines which could not survive a price plunge – such as Atlas.

This time around, the economic settings are almost a mirror image of 2014-15, with too much iron ore being shipped to China, which has embarked on a country-wide cutback in steel production in its fight against environmental pollution.

Atlas, the highest-profile victim of the last major iron ore price correction, is technically still in business as a division of Gina Rinehart’s Hancock Prospecting, but it remains as exposed to a price-and-cost squeeze as it did in 2015.

Macquarie Bank resuscitated the ghost of Atlas late last month in a study of high-cost iron ore mines, which included a “quality adjusted breakeven price” on 29 miners, a modelling exercise which took into account the cash cost per tonne of ore mined and applied a discount on low-grade ore being sold at less than the benchmark price, material assaying 62 per cent iron.

In the case of Atlas, according to Macquarie, its ore grades 58 per cent to 59 per cent iron and, while the mining cash cost is an attractive $US29/t, the quality-adjusted breakeven price is $US85/t.

If correct, Atlas management will be looking very closely at the questions of rising costs (including oil nudging the $US80 a barrel) and an iron ore price around $US108/t, less than half the May peak and with most investment banks tipping a continued decline over the next few years to well below $US100/t.

Other quality-adjusted breakeven prices ought to have the WA government looking closely at the health of the state’s second-tier iron ore miners, which could be tested by an iron price falling to the $US89/t tipped by UBS, and the $US75/t tipped by Goldman Sachs.

Macquarie reckons the Mid West mines of Mt Gibson Iron (those located inland from Geraldton) have a cash cost of $US33/t and a breakeven price of $US139/t.

At the time of going to press, Mount Gibson had called a trading halt and was expected to suspend operations at its Shine project, after similar moves by several junior iron ore miners.

Mt Gibson’s flagship, the high-grade Koolan Island mine, is said by Macquarie to have relatively high cash costs of $US77/t but the 65 per cent iron ore content lowers the required breakeven price to $US76/t.

Big iron ore miners are not threatened by the overdue iron ore price slide, with Rio Tinto said to have a quality-adjusted breakeven price of $US41/t, BHP $US43/t, and Roy Hill also $US43/t.

FMG’s quality-adjusted breakeven price is $US64/t, according to Macquarie.

The two Chinese controlled magnetite processing projects, which survived from the last big iron ore downturn, will have a tough time again with the Sino Iron project said to have a quality-adjusted breakeven of $US67/t.

The Karara project’s key number is an iron ore breakeven price of $US80/t.

Whether iron ore falls as far in the current correction as it did in 2015 is a critical unknown but with costs rising it might not have to go below $US50/t for the pips to squeak as loudly as six years ago.

Just how low iron ore might fall is a guessing game and it’s one with extreme views on both sides of the spectrum, but it might become quite interesting if the WA government’s budget estimate of $US121.30/t proves to be the most incorrect of all.

The latest round of investment bank price tips makes the government forecast look ambitious as does the federal government’s budget papers, which forecast iron ore averaging just $US55/t next year.

But the research paper which drives home the impact of what’s likely to happen comes from Morgan Stanley, which said this year’s fall from $US230/t in mid-May had still left iron ore industry profits at double their 50-year average, “indicating that we are still far from bear market conditions”.

What worries Morgan Stanley is the combination of strong supply and “headwinds building in China” where the steel industry is the target of production curbs to reduce pollution.

Winding road It’s hard to feel sorry for car dealers but if there’s one industry facing worse conditions than iron ore mining it is vehicle retailing.

Not only is there a shortage of stock (not much to sell), but there’s a wholesale shift away from internal combustion engines to the unknowns of electric vehicles, with the latest worry being a fixed-price structure set by car makers, leaving dealers with little haggling room.

Honda moved to fixed-price selling in July. Other car makers are following, with Mercedes ditching its franchise-based system in January.