Two previously-rejected South Perth apartment proposals will be reassessed by planning authorities next week, with local developer Sirona Capital and a private Singaporean group scaling back their towers in efforts to win approval. 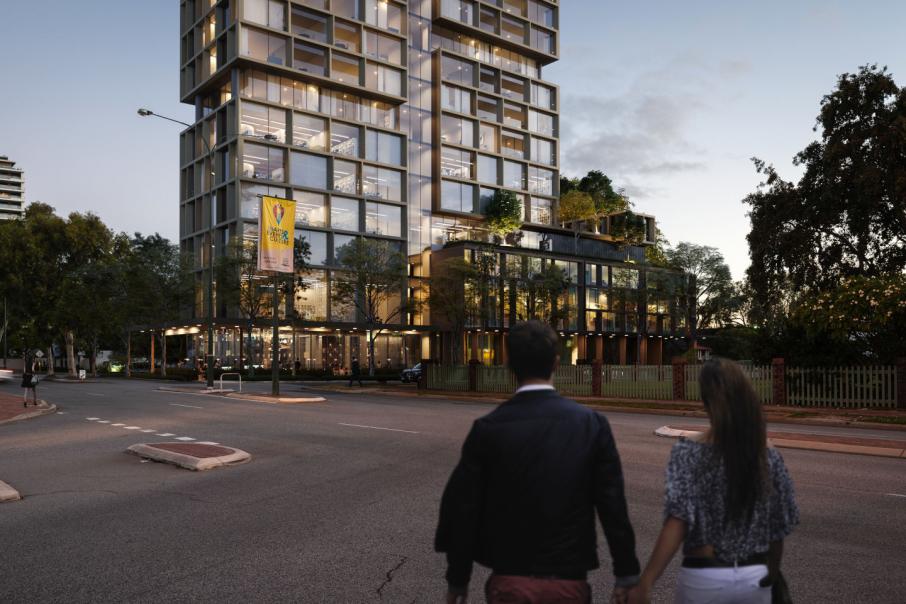 Two previously-rejected South Perth apartment proposals will be reassessed by planning authorities next week, with local developer Sirona Capital and a private Singaporean group scaling back their towers in efforts to win approval.

Sirona has reduced its 44-storey proposal for the corner of Labouchere Road and Lyall Street to 37 levels, after the project was rejected by the Metropolitan Central Joint Development Assessment Panel late last year.

The JDAP initially knocked back the proposal on the basis that its height was five times greater than the 25 metre height limit prescribed by planning guidelines in South Perth.

Following its December rejection, Sirona appealed to the State Administrative Tribunal, a process that resulted in extensive mediation and collaboration with the City of South Perth’s Design Review Panel.

As well as the reduction in height, Sirona has reduced the number of apartments in the building from 120 to 99, while also including new renewable energy initiatives, a public gallery and a co-working space.

The revised plan, which is estimated to cost $65 million to build and was designed by architecture firm Bates Smart, has been recommended for approval by City of South Perth planning officers as it addressed the reasons for rejection.

“The architectural proposal for 31 Labouchere Road is distinctive and memorable, exhibiting high levels of quality across all aspects of design,” Mr Warn said in his assessment of the project.

“The architectural aesthetic, the interface of the building with the public realm and the provision of community benefit are all generally successful and indicative of a high-quality development.

“It has the potential to deliver an exceptional, unique landmark for the area.” 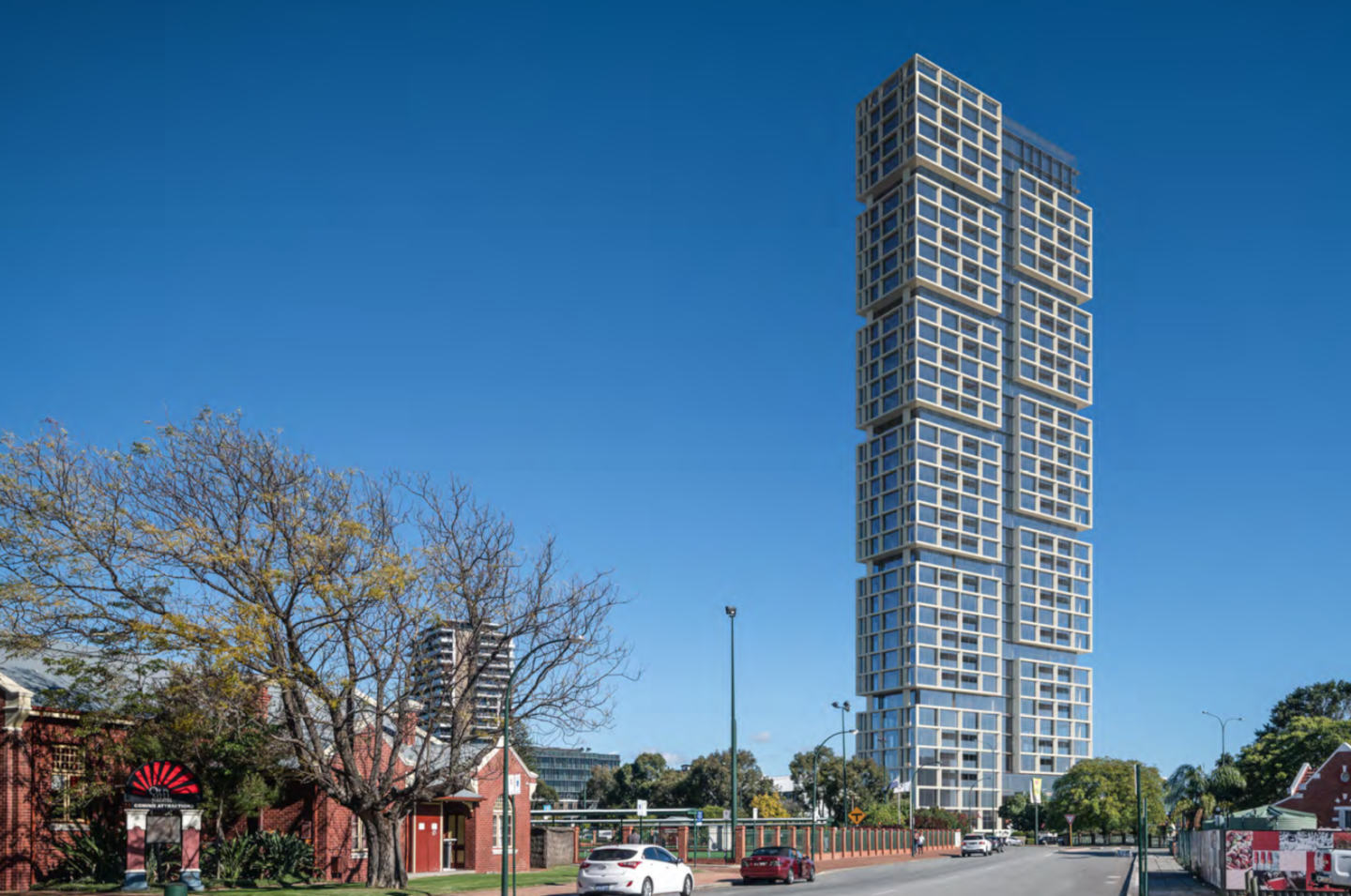 Sirona Capital managing director Matthew McNeilly said the revised plan was consistent with other proposals in South Perth, as well as the council’s vision for the area.

“We acknowledge the comments by the WA Government Architect, Geoff Warn, describing our proposal as achieving a status of 'exemplary design'," Mr McNeilly said.

“Mr Warn also notes that our proposal corresponds to the vision that the City has outlined in its draft Activity Centre Plan, which supports taller buildings and is consistent with the City’s plans for the proposed South Perth Station Precinct.

“It is now up to the JDAP to consider our revised proposal, given the detailed input and recommendation from the City of South Perth’s planning experts and the advice from the government architect.”

Sirona’s new proposal will be assessed on November 18. The developer has been seeking to build on the site since 2015, after it won approval to build a $160 million, 39 level, Woods Bagot-designed apartment tower known as The Glasshouse.

That proposal did not proceed due to ongoing uncertainty with South Perth's planning guidelines dampening buyer appetite in the suburb.

The Hillam Architects-designed 31 storey, 123 apartment and 20 serviced apartments plan was rejected in June last year, over concerns that its height and bulk was inappropriate for the site, and the building as proposed would have adverse impacts to the amenity of the area.

Like Sirona, the developer appealed the rejection at SAT, with mediation and Design Review Panel discussions resulting in revised plans being submitted last month. 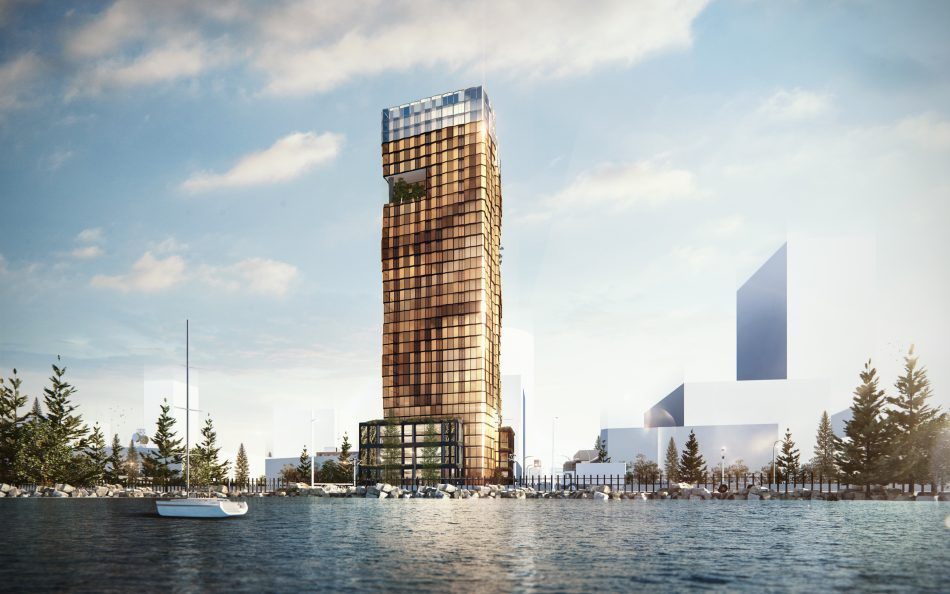 JDAP documents indicate the proposal has a construction cost estimated at $85 million.

As well as reduced height of around 14 metres, the scale of the building's podium has been revised to a much smaller scale.

“The modifications made to the plans in this reconsideration are also considered to clearly address the reasons for refusal set out in the Metro-Central JDAPs decision dated 18 June 2018,” City of South Perth planning officers said in their responsible authority report.

“Principally, the inclusion of a pocket park is considered to alleviate a number of concerns with respect to the eastern interface of the podium to No. 3 Bowman Street.

“The design of the development has been supported by the city’s Design Review Panel … and addresses the current, and future, planning framework in a satisfactory manner.”

Australian Securities and Investments Commission documents indicate NL Homes Melville has four directors, only one of which, Chin Ming Lim, is registered to an address in Western Australia.

The company’s revised proposal will be assessed on November 20. 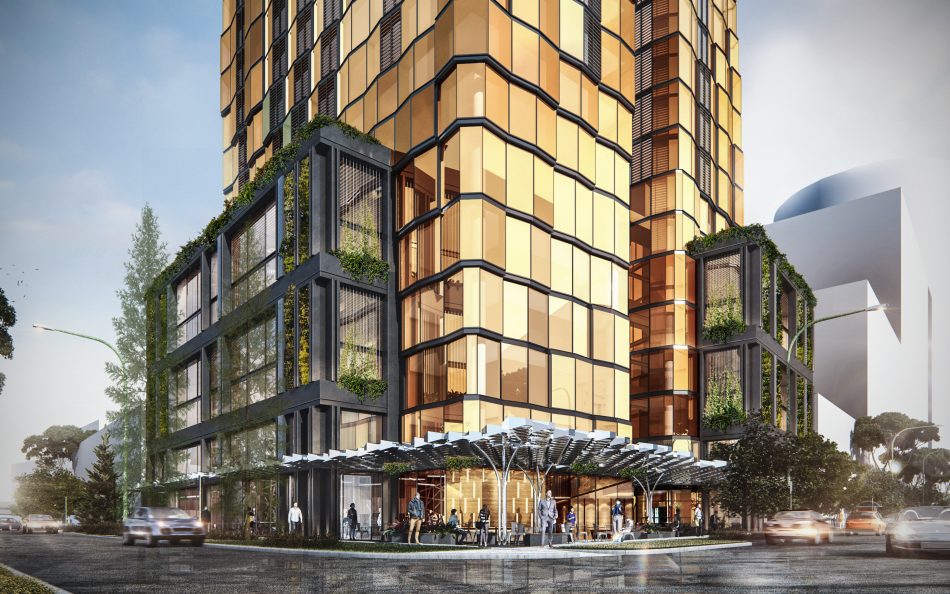