Small windows of opportunity for finance

SPECIAL REPORT: The gold and technology sectors have experienced a boost in investment activity for the March quarter, but doubts remain over whether it will last. 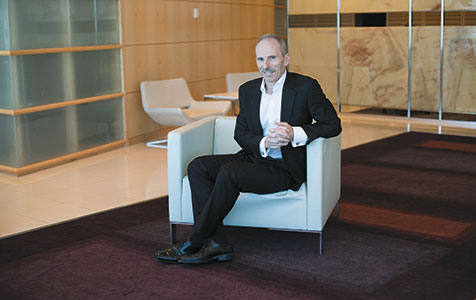 CAUTIOUS: Roger Davies says the start to the year has been better than the previous two quarters. Photo: Attila Csaszar

The gold and technology sectors have experienced a boost in investment activity for the March quarter, but doubts remain over whether it will last.

Gold-focused resources companies led the pack for capital raisings in the March quarter, buoyed by stronger prices for the precious metal and a weakening Australian dollar.

Research undertaken by Business News found that gold explorers, developers and producers raised $406 million in the three months to March 31, significantly up on the previous quarter and for the same period in 2013 (see below graph).

The overall raisings in Western Australia for the period totalled $1.35 billion from 60 transactions, compared with the previous quarter during which a total of $564 million was raised from 52 transactions.

He said the spate of raisings in the gold sector came on the back of higher prices in Australian dollar terms, which had been driven by a weaker local dollar and a lift in the US-dollar gold price.

However, this favourable environment had eased in recent weeks, and Mr Paganin said many of the capital raisings completed earlier in the year would probably be “underwater” if they were attempted now.

“The market is punctuated by windows of opportunity from an equity capital markets perspective – there is some enthusiasm but those windows are reasonably small,” he said.

“The words you would hear around town are ‘patchy’ or ‘mixed’ or ‘interesting’; everybody you talk to is busy but there are no easy wins out there,” Mr Mills said.

Outside of the gold sector, marine logistics and services provider Mermaid Marine Australia completed the biggest raising of the period with its $317 million placement and entitlement offer.

The deal is one of the biggest acquisitions by a WA -based company in recent years and is part of Mermaid’s intention to diversify internationally.

UBS managed or co-managed four of the top 10 raisings, including those from AHG, Western Areas, Silver Lake Resources and Perseus Mining.

Under mergers and acquisitions, there were 37 transactions for the March quarter totalling $4.1 billion. This compared with the December quarter when 72 deals were completed valued at $3.4 billion.

“We are busy, we have been working on a lot of deals but a number of them don’t see the light of day, and the ones that are happening can be a bit smaller,” Mr Price told Business News.

M&A activity during the quarter came from a diverse range of industries, including the traditionally strong sectors such as resources and oil and gas, through to pest control, property, childcare, retail and transport.

“There is a bit of a cautious outlook at the moment. Whilst people are still actively looking for deals the risk aversion means people are fairly focused on what they are buying. So unless something ticks all the boxes it’s not really moving forward,” Mr Dartnell said.

“However, there is no shortage of money out there. So if the right asset comes along there is normally a fair bit of interest and it can generate a good price.”

He said many companies had the mindset that there was more risk in making an acquisitions and getting it wrong than there was in not making a deal and missing out on an opportunity.

Mermaid Marine’s acquisition was the second largest M&A deal for the period, with the biggest deal being the $1.84 billion takeover of Aurora Oil and Gas by Canadian oil company Baytex Energy.

The offer price of $4.10 per share for Subiaco-based Aurora, which made its fortune on the back of the US shale boom, was a 52 per cent premium to its prevailing share price.

Mr Paganin said he expected small oil and gas firms to benefit from the buy-out as investors sought to reinvest their funds.

A handful of technology-focused companies also featured on the M&A list, including several which completed reverse takeovers of resources companies during the quarter.

Automotive Holdings Group continued with its expansion after acquiring two east coast-based companies during the period, including a chain of automotive dealerships and a refrigerated logistics business, with a combined cost of $184 million.

EY was financial adviser on the deal while Ashurst Australia was legal adviser.

Ashurst was legal adviser in four of the top 10 M&A deals for the quarter.

In addition to the AHG acquisition, the firm has advised on the Mermaid Marine, Sirius Resources and Northern Star Resources transactions.

Ashurst partner Roger Davies said the start to the year was much rosier than the previous two quarters, but questioned if the momentum could be maintained.

“I’m not certain that the next quarter (June quarter) will be as good as the last because there has been a little bit of a blip in confidence, I sense, in the last few weeks with equity markets looking a little bit cold,” Mr Davies said.