It has been a tough year for WA’s once-vaunted resources stocks, as our annual TSR survey reveals. Click through to see more on our Shareholder Returns feature. 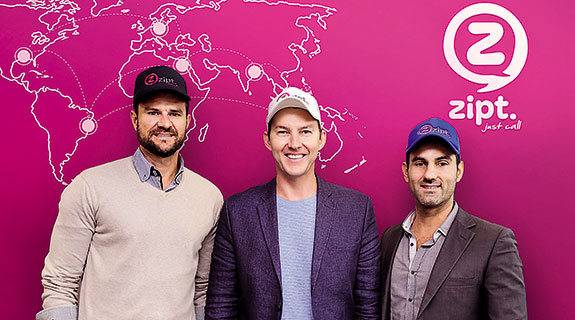 It has been a tough year for WA’s once-vaunted resources stocks, as our annual TSR survey reveals.

Technology stocks topped the total shareholder returns (TSR) table of stock exchange-listed companies in the 12 months to June 30, with most of Western Australia’s once high-flying resources stocks near the bottom of the list.

The annual Business News survey of TSR, a measure that combines share price moves and shareholder returns such as dividends, also revealed a lacklustre performance by some of the state’s big-name industrial companies and service providers.

In a forgettable year for stock market investors, during which the All Ordinaries market index barely moved, only 37 per cent of the stocks tracked in the survey managed a positive return; the rest either ended where they started, or delivered a negative return.

At the top end of the more than 750 stocks measured was a group of mainly small tech companies, most with a market value of less than $50 million (which helped exaggerate percentage moves). Among them was the 76,900 per cent return of the list leader, the pre-paid phone card provider, ZipTel.

Other small tech stocks to stand out included rent.com.au, which provides data on properties for rent, and XTD, a digital sign business. Rent.com.au achieved a 4,422 per cent TSR during the past 12 months, while XTD’s 12-month TSR was 2,464 per cent.

A more significant move by a technology stock was the 534 per cent gain by Alexium, a local business commercialising technologies developed by the US Department of Defense which ranked as the 14th best performer on a TSR basis.

WA’s most successful technology stock, and current takeover target, iiNet, was also a star in a lacklustre year, with a 34 per cent TSR for investors, adding to its reputation as a strong performer that has delivered a 50 per cent total return on a three-year basis, and 31 per cent over five years.

There was little joy for WA investors with an interest in bigger companies in what was one of the toughest trading periods in the past 50 years, thanks to tumbling commodity prices and budget woes at state and federal government levels, which has resulted in rising taxes at a time of falling corporate revenue.

One of the few strong performers was BWP Trust, owner of a selection of Bunnings hardware stores. It delivered a 30 per cent return to shareholders on a TSR basis, continuing an impressive trend that includes 25 per cent return on a three-year basis and 18 per cent over five years.

Interestingly, the same cannot be said of BWP’s parent company and WA’s biggest industrial business, Wesfarmers, which delivered a negative 2 per cent return in the period to June 30, considerably worse than the positive 14 per cent over the past three years and plus 18 per cent on a five-year basis.

Other moves by big name local companies include continued run of poor results by Seven Group Holdings, owner of the WesTrac industrial equipment business, which delivered a minus 7 per cent TSR return over the past 12 months, and Seven West Media, owner of the Channel Seven television network, which returned negative 39 per cent in the year.

On a national level, the impact of low commodity prices could be clearly seen in the returns of the big two, BHP Billiton and Rio Tinto. BHP Billiton’s 12-month performance was negative 13 per cent, while Rio Tinto came in at negative 5 per cent.

Over longer time frames, none of the leading resources companies with major business interests in WA has performed well.

What WA investors, with their appetite for resources stocks, should learn from those measures is that they would have done much better to invest in bank stocks, over virtually any time period.

While the big mining and oil companies were delivering negative returns in the years after the GFC and the slowdown in China’s economy, the banks were stars; though the latest performance test shows they were fading stars.

Commonwealth Bank, the biggest of the big four banks, ended the 12 months to June 30 with a 10 per cent return, continuing a trend of positive returns of 23 per cent over three years and 18 per cent over five years.

Westpac was the big bank to deliver what could be a warning for investors that the good times for banks might be coming to a close, with a 0 per cent return over 12 months, a notable decline from the 22 per cent TSR over three years and 16 per cent over five years.

Those bank moves, which show a declining level of performance as the time frame shortens, contain a warning for anyone analysing TSR returns – they are historic, and might not represent a guide to future performance.