A large number of small miners are scraping the bottom of the barrel, with tight funds hampering exploration and, therefore, viability. 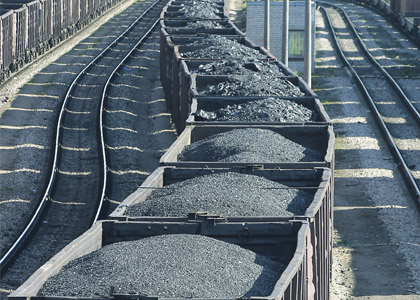 A large number of small miners are scraping the bottom of the barrel, with tight funds hampering exploration and, therefore, viability.

IF you see a man in a suit standing on a street corner shaking a fund-raising tin do not assume he is from a charity. He could just as easily be the managing director of a small mining company desperately seeking cash to keep the business going.

That statement is, of course, an exaggeration, but only just, and is easily supported by an examination of the cash position of a significant number of small mining companies that are scraping the bottom of their bank accounts.

Mining Projects Group is an example of the challenge confronting all small miners with potentially valuable exploration assets but an obvious shortage of liquid funds. It reported that, at December 31 2012, it had $429,000 cash but was planning to raise $1.6 million by issuing 200 million shares at 0.8 of a cent each to professional investors to fund exploration work.

If successful, the funds raised will effectively double the size of Mining Projects, which is currently valued on the stock market at $1.6 million with its shares trading at 0.6 of a cent.

Cash is never the primary asset of an explorer, and in the case of Mining Projects that appears to be nickel exploration tenements near Kambalda and further east in the current favourite address of speculators, the Fraser Range, where Sirius Resources has made its high-grade Nova nickel discovery.

To put the cash position of Mining Projects into perspective, however, that $429,000 in the bank on December 31 was less than the average value of a Perth house, which stands at $560,000.

Another measure of the tough times confronting all small explorers is the cost of simply keeping the doors open which, in the case of Mining Projects in the current quarter will amount to $240,000 -$120,000 estimated for administration and another $120,000 for contract services - while just $40,000 has been allocated for exploration and evaluation.

Mining Projects is just one example of small explorers working just as hard (if not harder) to raise cash as it is on exploration.

Mt Burgess Mining is another example of the tough times for explorers, surviving mainly on loans, ending the December quarter in a negative cash position of $369,000, having $12,000 in the bank and an overdraft from the bank of $381,000.

Like Mining Projects, Mt Burgess has its foot on potentially valuable exploration assets, but has been struggling for years to develop sufficient traction to convert that potential into a viable mine; the result is that, in the current quarter, it expects to spend $50,000 on exploration and $150,000 on administration.

Investors must believe that Mt Burgess will eventually generate value from its exploration assets because the company, with a share price of 0.2 of a cent, is valued on the market at $1.6 million.

Right across the bottom end of the mining sector there are companies struggling to match their exploration and administration costs with the small amounts of cash they have, and the financing arrangements they are trying to organise.

Other examples of lowly December 31 cash balances include:

• Stratos Resources, with $342,000 and a plan to secure $1.5 million for a tin mining project on the home of the Indonesia tin industry, Billiton island;

• Fairstar Resources, with $161,000 and a plan to raise project development funds for its Steeple Hill iron ore project.

The cash shortage confronting small explorers is not a recent phenomenon.

It occurs during every bust phase of the boom-and-bust cycle that flows through the resources sector.

If there is a difference this time it is the significantly larger number of small companies that have reached the cash shortage stage of their lives, a direct result of the huge number of small floats in the boom period that ran from 2002-to-2007 and the GFC of 2008, which closed wallets around the world.

The challenge now is for the small explorers to survive long enough in the hope that they will either attract funding, orchestrate a mutually acceptable merger to cut administration costs, or negotiate a joint venture with a bigger company with spare cash.

None of the possible survival steps will be easy, meaning there will be an abundance of corporate shells available soon for reconstruction purposes ahead of the next boom phase of the market.

THE state election will probably not be influenced by events in the financial world, but there have been two magnificent examples in recent months of what happens when anyone over-promises and underdelivers - a process happening with assorted railway and other spending plans at the heart of Western Australian political campaigning.

At Rio Tinto, one of the world’s biggest mining companies, management thought it smart to beat-off rivals with a whopping $4 billion takeover bid for the coal explorer Riversdale Mining, only to find it couldn’t actually get the coal to market, triggering a $3 billion write-off and the departure of chief executive, Tom Albanese.

Astonishingly, it’s happened again with another $3 billion write-off, this time by Barrick Gold, which beat-off rivals to pay $7.3 billion for Perth-based Equinox Minerals only to find that the prime asset, the Lumwana copper deposit in Zambia, was harder to mine than management believed, a fact that cost Barrick’s chief executive, Aaron Regent, his job last June.

There is a pattern here, and while investors can boot out chief executives who over-promise and underdeliver, it is much harder for voters who can be swayed by the promises, discover the lack of delivery soon after polling day, and then have to wait four years to make the necessary change.

*****
‘‘Never argue with a fool, people might not know the difference.”
Arthur Block