Local microfinance organisation Bamboo Micro Credit has been growing its interest-free loan charity to help Indonesians pull themselves out of poverty. 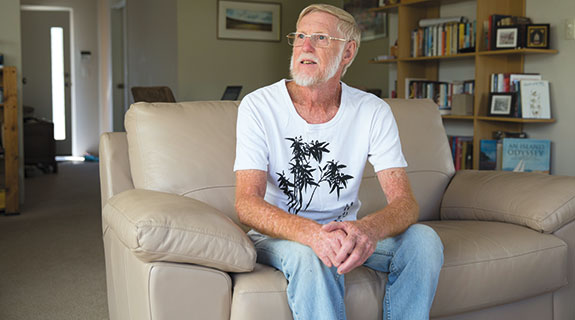 Local microfinance organisation Bamboo Micro Credit has been growing its interest-free loan charity to help Indonesians pull themselves out of poverty.

A few hundred dollars may not sound like a lot of money to start a business, but for Indonesians living on less than $2 a day small interest-free loans can be life changing.

Since 2007, Perth-based operation Bamboo Micro Credit has made more than 250 microfinance loans to help Indonesians lift themselves out of poverty; and it is now partnering with local groups to better target funds delivery.

Retired social and community development worker Peter Johnston founded Bamboo Micro Credit when he saw the drastic lengths poor Indonesians were going to in order to fund their business plans.

“A lot of people were under-employed or unemployed and of course their immediate reaction was to [seek any means] to get money to live on,” Mr Johnston told Business News.

With few job options, Mr Johnston said, people were turning to loan sharks to set up their own businesses, then struggling to make high interest repayments.

Mr Johnston said Bamboo Micro Credit’s service offering has matured over the years, aligning itself with several joint venture partners in the rural areas of Bandung and Malang, to leverage off their connections with locals.

“We’re moved away from working with individual (clients) and we partner now with reputable organisations,” he said.

“We check them out, obviously, really carefully. Finding the right organisation and developing a partnership with them takes a long time, usually up to a year of negotiation.”

The shift in focus has proved successful, with a recent survey of 30 people who borrowed from Bamboo to start businesses – mainly sewing stores and food and market stalls – finding that 75 per cent had become financially independent.

Bamboo, which is run by a team of mostly Perth-based volunteers, has annual revenue of between $10,000 and $15,000, which is received as donations from Australian companies and individuals.

It is in the process of securing ‘tax deduction’ status to encourage more donations, seeking new partners, particularly in Bali, and has applied for funding from the Australian embassy in Jakarta to provide an extra business advice service to its clients.

“People usually do know what they’re doing or what they want to do; what we find they often don’t know is how to manage a business,” Mr Johnston said.

“In the past we haven’t been well equipped to do that. We’d like to implement a pilot program to train borrowers in simple money management skills and business management on a small scale.”

Mr Johnston said it was encouraging for Bamboo’s supporters to see how their donations had helped people.

“What they like about the concept of microcredit is you are helping people to help themselves, you’re giving them a hand up. We’re actually saying to people there’s some discipline (involved) here, you’ve got to repay the loan so we can use the money over again for somebody else.”