Discretionary spending usually takes a hit in a downturn, but some WA retailers and service providers are banking on a bright future. 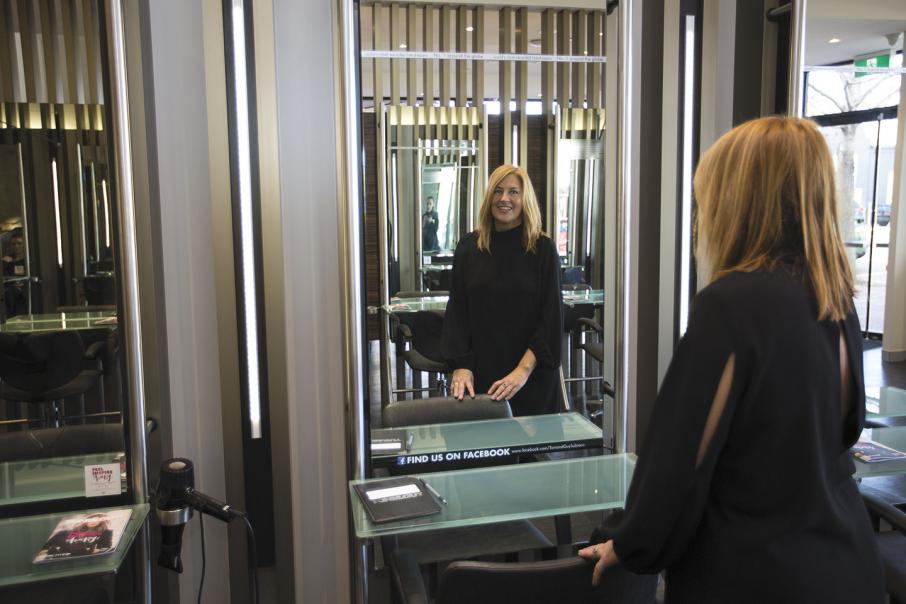 POSITIVE: Tracey Laing is upbeat about the future, investing $200,000 on a refit of her Subiaco store of 15 years. Photo: Attila Csaszar

Discretionary spending usually takes a hit in a downturn, but some WA retailers and service providers are banking on a bright future.

Hairdresser Tracey Laing says the economic slowdown hasn’t put a big dent into her business and, if a $200,000 refurb of her Subiaco store is any indication, she’s backing a return to more positive conditions.

Ms Laing, who was the 2009 Western Australian hairdresser of the year, is also a partner at the Toni & Guy store in the Perth CBD, one of the international chain’s three stores in Western Australia.

“I’ve been established now in Subiaco for 15 years. From our point of view, you’re constantly looking and making sure that we’re doing everything right, service wise, and price is reflective of what we’re offering service wise,” Ms Laing told Business News.

“I really believe that as things slow down in our industry it’s a case of if our clients are feeling a bit of a pinch; they still want to spend money on quality, but it could mean that they may visit less.

“So they may do a bit of gap between appointments.

“I have to say we haven’t noticed any reflection of that in our business at the moment.”

With state final demand, which measures spending locally in Western Australia, contracting 10 quarters in a row, it is often discretionary spending that is hit hardest.

Retail sales were up just 1 per cent in the 12 months to April in trend terms, according to the Australian Bureau of Statistics.

That followed years of high growth driven by the state’s investment boom.

Fashion has fared quite well in that year, however, with clothing retailing growing 8 per cent to around $1.2 billion of sales in the month of April.

Comparing April this year with last year, sales were up 9.2 per cent in trend terms.

On that measure, it was stronger than any other sub-industry in retail, with the surprising exception of books and newspapers, which grew 34 per cent.

Footwear and personal accessories fell nearly 7.6 per cent, however, while liquor retailing and takeaway cafes were both softer.

Rohan Jewellery co-owner Toni Milne, who has operated her store in Leederville for nine years, said she’d be opening a new store in the State Buildings development.

Ms Milne said the business had definitely experienced economic swings, although it would be staying true to a niche market of handcrafted jewellery.

“We deliberately chose to stay true to the niche market of custom jewellery and not be everything to everyone,” she said.

“We really focused our efforts on staying true to the traditional techniques of jewellery … and (just to) build the business sustainably and manage the growth carefully.

“There’s still a market out there who appreciate the finer things in life … handcrafted pieces of jewellery.”

Demand from those getting married was also a consistent part of the business, Ms Milne said.

And while international clients had expressed an interest in seeing the business expand overseas, she said the State Buildings suited the brand perfectly.

This is the seventh year the business has donated a bespoke piece of jewellery as a raffle prize for the aptly named Lifeline Black Diamond Gala Dinner.

Ms Milne said she supported the event, which raises money for suicide prevention, because it delivered for people in their darkest hour.