The Australian dollar appreciated by about 50 per cent in trade-weighted terms during the past decade. The appreciation was an important means by which the economy was able to adjust to the historic increase in commodity prices and the unprecedented investment boom in the resources sector. 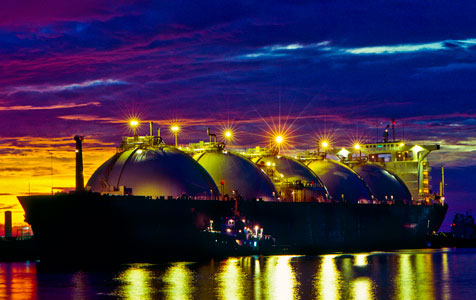 FAST MOVER: Currently less than half the value of coal exports, LNG exports are likely to be worth more than coal exports in a few years.

The Australian dollar appreciated by about 50 per cent in trade-weighted terms during the past decade.

The appreciation was an important means by which the economy was able to adjust to the historic increase in commodity prices and the unprecedented investment boom in the resources sector.

Even though there was a significant increase in incomes and domestic demand over a number of years, average inflation over the past decade has remained within the target. Also, growth has generally not been too far from trend.

This is significant in light of the substantial swings in the macroeconomy that were common during earlier commodity booms.

The high nominal exchange rate helped to facilitate the reallocation of labour and capital across industries.

While this has made conditions difficult in some industries, the appreciation, in combination with a relatively flexible labour market and low and stable inflation expectations, meant that high demand for labour in the resources sector did not spill over to a broad-based increase in wage inflation.

So the high level of the exchange rate was helpful for the economy as a whole.

But now that the terms of trade are in decline and the resources boom has begun the transition from the investment to the production phase, lower levels of the exchange rate will assist in achieving balanced growth in the economy.

The effect of the boom

The terms of trade – the ratio of the price of our exports to imports – have always been an important determinant of our exchange rate.

The emergence of China onto the global economic stage at the turn of the millennium (after it joined the World Trade Organization) led to a large, and largely unanticipated, rise in global commodity prices, and a near doubling of Australia’s terms of trade between 2003 and 2011.

These developments implied a significant increase in the demand for Australian dollars and hence led to an appreciation of the exchange rate. We can trace out the sources of the additional demand in terms of the three overlapping phases of the resources boom as follows.

• During the first phase – the boom in the terms of trade – we see a price effect.

Higher commodity prices lead to more export revenue. Part of this revenue accrues as profits to Australian owners of resources companies, wages for workers and taxes for governments.

Also, foreigners wanting to buy existing Australian resource assets add to the demand for Australian dollars for a time.

• During the investment phase of the boom, funds from offshore owners are used to pay Australian workers and resources-related firms, putting additional capital in place in the resources sector.

This has accounted for much of the capital flowing into Australia over the past few years. Importantly, this source of demand for Australian dollars will decline as resources investment turns down.

• Finally, there is a quantity effect during the production phase of the boom.

This follows from the additional export revenue generated by the new projects.

Some of this will accrue to Australian owners of the new projects and infrastructure, some will go towards paying workers and suppliers, and some will go to paying taxes.

The rest will remain in the hands of foreign owners.

The effect of the higher commodity prices on the nominal exchange rate at any point in time will depend on the expected sum of these different flows into the future.

Also, there may be offsetting reductions in inflows to other sectors of the economy, particularly those adversely affected by the appreciation of the exchange rate.

Clearly, determining this sum is no easy task and is subject to considerable uncertainties.

One aspect of the uncertainty is the path of commodity prices themselves.

Indeed, the full extent of the rise in commodity prices only became clear over a number of years, starting from around the mid 2000s.

Another aspect of the uncertainty is the extent to which the higher commodity prices influence the three different flows I’ve described.

History as a guide?

It is hard to be precise about whether the exchange rate is in line with fundamental determinants.

It is possible that history is less useful as a guide for this current resources boom.

One point of difference is the share of foreign ownership of the resources sector. While it is difficult to get reliable estimates of this share, it appears to have increased over time.

This means that less of the extra revenue associated with both existing and new resource ventures will accrue as profits paid to Australian residents than might have been the case in earlier booms.

Another point of difference with this episode is that liquefied natural gas projects will account for a large share of the additional production and exports generated by the boom in investment.

By some estimates, LNG exports will rise from less than half the value of coal exports currently to be worth more than coal exports in only a few years.

While LNG projects require a substantial number of Australian workers to help put the new facilities in place, they require relatively few workers during the production phase.

This means that less revenue from the sale of resource exports will accrue to Australian residents in the form of wages than would have been the case if more of the investment had been focused on other commodities.

There were good reasons to think that the Australian dollar has been on the high side of fundamentals in recent years.

In particular, the decline in the terms of trade from late 2011 and the transition from the investment to the production phase of the mining boom imply lower returns to capital in Australia and a lessening of demand for Australian factors of production relative to the rest of the world.

Moreover, the decline in mining investment means that a decline in an important source of capital inflow over recent years is in prospect.

Given all of this, it was not so surprising that the Australian dollar has declined over the past year.

The Reserve Bank has noted for some time that lower levels of the exchange rate, if sustained, will assist in achieving balanced growth in the economy and bring about a quicker return to trend growth.

*Edited extract from an address to the Committee for Economic Development of Australia, Economic and Political Overview, Sydney February 14 2014