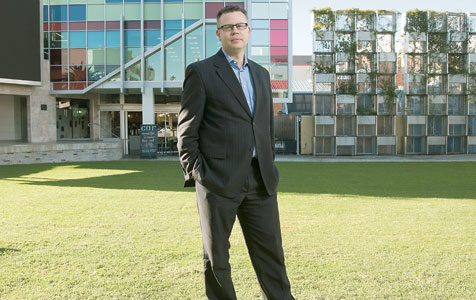 Interstate business travel into Western Australia has fallen 6 per cent during the past year, and much of the blame is being sheeted home to the drop in resources activity.

The statistics released by Tourism Research Australia follow those of The International Visitor Survey earlier this month, which show a drop in international business travel into WA by 2 per cent during the past year.

The 6 per cent fall in interstate visits for the year to March is equivalent to 32,000 fewer business visitors to the state.

In its latest snapshot for the year ending March 2013, Tourism WA attributes much of a $176 million decrease in visitor spending to the fall in interstate business travellers.

Data from the Australian Hotels Association WA, which represents 80 per cent of hotels in the state, also indicated a softening of the corporate market.

Australian Hotels Association WA chief executive officer Bradley Woods said that, on average, there was a drop in occupancy rates across all hotel categories in the first five months of the year, with that drop predominantly in the corporate sector.

Furthermore, he said, business travel may pick up following the outcome of the federal election in September.

Mr Hall said the state government’s decision to cut $1 million from Tourism WA’s advertising budget was untimely; instead, he said, now was the time to invest in leisure tourism advertising.

“Business travel goes up or down depending on the economy, but the leisure market depends on how much you invest in destination marketing,” Mr Hall said.

“We’re a cheaper destination (due to the falling dollar) and now’s the time to tell everyone about it.”

Mr Woods echoed these suggestions regarding the need to invest in destination awareness.

“Once the peak of the mining resources boom fades off there is going to be a high reliance on leisure travel, tourism by leisure travellers in that space, to sustain the opening of new hotels,” he said.