In November 2008, the newly installed state Liberal government officially dropped Western Australia’s ban on uranium mining, paving the way for the development of a new sector. 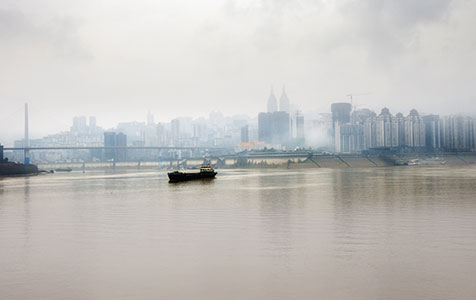 Nuclear power is an option is China, with the government there desperate to rein in the pollution caused by coal-fuelled industrialisation. Photo: iStockphoto

Despite promising much, the past haunts this potential new sector.

In November 2008, the newly installed state Liberal government officially dropped Western Australia’s ban on uranium mining, paving the way for the development of a new sector.

At the time there was relief across the minerals sector that, finally, WA could compete in a field that was a growth business, with nuclear energy gaining ground as an effective alternative to carbon-producing fuel sources.

Six years later we have very little to show for that, proving just how hard it is to get projects under way, even in a relatively mining-friendly jurisdiction like WA.

It also shows that timing is everything. The price of shares in Paladin Energy, which started mining in Namibia in 2008, actually peaked in early 2007 – when the world really wanted uranium supplies as Al Gore and others hyped up the climate alarm to since-unseen highs.

November 2008 was also just weeks after the true scale of the GFC had emerged.

And, dare I say this, it also shows how damaging political expediency can be, with past uncertainty surrounding uranium mining in WA still clearly evident despite nearly six years of state and federal government support for such development.

One thing that radical policy can do is to stymie the natural development of an industry to such an extent that subsequent changes cannot undo the damage.

So it is with only mild hope that I read the news last week that Cameco and Mitsubishi Development’s joint venture Kintyre uranium project in the state’s Little Sandy Desert had been given conditional approval by the Environmental Protection Authority.

EPA approval is a big step, no doubt, but we have seen in recent times that such a milestone is by no means an assurance a project will go ahead.

There are plenty of other examples of such approval failing to result in an operational outcome.

From my point of view the snail’s pace of development on uranium is something we will shortly regret.

While uranium has slumped on the back of global jitters around nuclear power following the Fukushima disaster, there is plenty to suggest it has a rosy future.

Japan is realising that turning away from nuclear power creates bigger challenges than making sure its plants operate safely. More significantly, China is desperate to rein in the pollution caused by a rapid expansion of industry fuelled by coal. Closing old, inefficient generators and utilising a small amount of renewables will help, but ultimately the Chinese government knows that nuclear is the only real fix in the foreseeable future.

It also has the political will to put that in place.

Now is the time for WA uranium projects to position to take advantage of that.

The conditional green light at Kintyre is important but this industry now needs the full backing of government to get past any of the next major hurdles they encounter to ensure that this state’s potential is realised when the opportunity eventually presents itself.