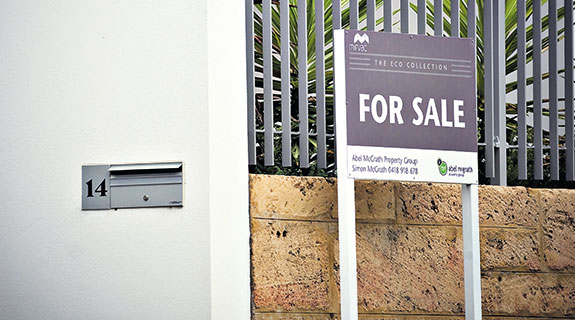 BULLISH: WA homebuyers are the most confident in Australia. Photo: Grant Currall

SLUGGISH conditions in Perth’s residential market haven’t dented confidence, with new research showing a marked increase in the number of Western Australians who believe now is a good time to buy property.

The findings were part of the Genworth Homebuyer Confidence Index, a measure based on five components: the proportion of monthly income that services debts; maximum loan-to-value ratios; repayment expectations; repayment history; and whether now is considered a good time to buy.

Genworth found 52 per cent of WA respondents believed now was a good time to buy, up from 42 per cent last September.

Overall confidence in WA was up 4.5 per cent in the March quarter, the greatest increase among any state in Australia.

The rise in confidence was also supported by a decrease in mortgage stress, with WA residents the least likely across Australia to be experiencing stress because of their home loans.

The figures seem to run counter to the slowing conditions being experienced in Perth residential markets.

Real Estate Institute of WA research earlier this month revealed that sales were down 15 per cent in the first three months of 2015, compared with the same period last year.

However, listings had risen by more than 2,000 since the start of the year, with the increased buyer choice a contributing factor for those thinking now was a good time to purchase a house.

Perth’s median house price also dipped by $5,000 in February, according to Reiwa, to around $547,000, an indication that buyers may believe they are getting good value if they buy now, despite predictions of negligible price growth for the next 12 months.

Meanwhile, financial institution CUA said WA was emerging as one of its fastest growing home loan markets, with its west coast book growing more than 20 per cent in the six months to December 2014.

CUA said its WA home loan portfolio was growing at a rate almost four times faster than its largest market, Queensland, and almost double the 12 per cent growth achieved in Queensland.

The credit union only has one branch in WA, however, it has the largest lending and deposit book of its 59 branches across the country.

CUA Perth branch manager Sharon Gunson said there were $12.7 million worth of home loans issued from the WA outlet in the six months to December 31.