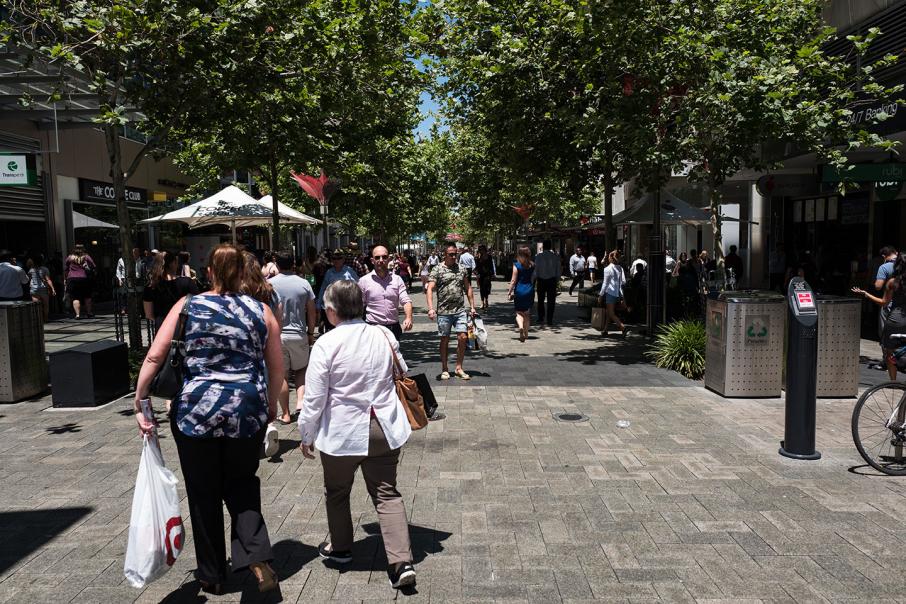 However, the move doesn’t point to a particularly strong return to growth until at least next year, Deloitte found, with national retail growth predicted to be 2.4 per cent in 2017.

“As with a lot of the other economic indicators, WA is running in last place across states and territories at the moment,” Mr Rumbens said.

“Real retail growth, inflation adjusted growth, was -0.7 per cent, while the Australian equivalent was 2 per cent.

“We certainly would expect some improvement coming through, although it still may take a little while.

“We’d still expect 2017 to be dominated by the continuation … of the switchover of mining investment to exports and that having an effect on overall job levels and the housing market.”

That might make conditions this calendar year similar to that over the past year, although the longer-term outlook was good, he said.

“Hereafter, WA has advantages, (such as) greater connections with Asia,” Mr Rumbens said.

“Tourist shopping expenditure from China alone is already around $1.4 billion per year, and is set to almost quadruple over the next decade,” the Deloitte report said.

“Strong growth is also expected from India and the Middle East.

“International tourism is also adding competition to the Australian retail market, as tourists demand more international brands during their stays.”

Mr Rumbens said that impact would be less significant in WA, however, with only 4 per cent of Chinese tourists who visit Australia for leisure reasons coming to the state.

Although the figures would be growing, the impact on retail sales would not be as significant as on the east coast, he said.

January’s 0.3 per cent rise in retail spending on the previous month followed a soft 2016, with sales up just 0.9 per cent across that whole calendar year, according to figures from the Australian Bureau of Statistics.

Breaking down by sub-industry, takeaway food was one of the best performers in January, with sales up 3.6 per cent to $167.4 million.

CommSec chief economist Craig James said the increased spending on takeaway was a national trend, which he said was remarkable. In fact, takeaway sales were up 11.9 per cent on a year ago, he said.

WA takeaway sales bettered the national figure, up 16.4 per cent on January 2016.

Furniture, hardware, household goods and clothing all fell in WA, however.