Developers and prospective buyers of apartments with ocean views remain frustrated by the lack of opportunities along the metropolitan coast. 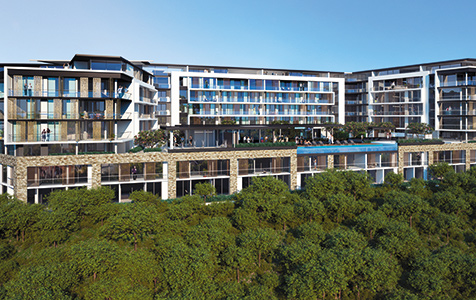 Developers and prospective buyers of apartments with ocean views remain frustrated by the lack of opportunities along the metropolitan coast.

While there’s no shortage of buyer interest in such projects, a combination of planning guidelines, added red tape costs, and vocal opposition from local residents is stifling development.

But Mr Blackburne said at the same time, the prevailing feeling was that the project had garnered significant opposition from western suburbs residents.

He said the experience with Aria was indicative of the challenges developers faced when planning to build near Perth’s beaches.

“The majority of residents, and the vast majority of people, want good development in the suburbs,” Mr Blackburne told Business News.

“But the majority that do want quality apartment living don’t get a voice, and the minority that are looking after their own interests and not looking at the bigger picture of the state seem to get the most voice.”

The other big challenge, Mr Blackburne said, was local government planning guidelines, which did not allow for high-rise multi-residential development.

“However, we’ve got hundreds of kilometres of pristine coastline, there’s no reason that 10 to 20 per cent of that can’t be set aside for high-rise development of 10 to 20 storeys.

“This is the thing, everyone says ‘we don’t want to be Gold Coast’, but between Joondalup and Mandurah, there is somewhere between 20 and 30 pristine beaches.

“Why don’t we just pick one of them and get a really cool small city on the coast?”

The state’s biggest apartment developer, Finbar Group, has completed 4,120 apartments in the past 20 years, but just 96 of those – in its Monterey Bay and Del Mar projects in Mandurah – have been near the coast.

“There have been a couple of coastal sites we’ve tried to acquire in the past, but it’s not an area where we focus our attention,” Mr Pateman said.

“Generally, they are a lot more expensive on a per-unit basis than inner-city suburbs, and up until recently it’s been very difficult to get enough height and density to have a feasible project from our perspective.”

One of the only areas in Perth where apartment construction has been encouraged in scale is the Cockburn Coast, between South Beach and Port Coogee.

The first oceanside apartment projects at Port Coogee, Match’s Helm and TRG Properties’ Ocean Edge, will be complete before the end of the year.

Further apartment development between Port Coogee and South Beach is expected, but with the exception of TRG’s Marina Edge apartments, which are currently being marketed, the majority of the projects remain in the planning phase.

Leighton Beach has also been popular with developers, with Mirvac Group recently launching marketing for the second stage of its Latitude at Leighton project, situated alongside Brookfield Multiplex’s Leighton Beach apartments.

Colliers International residential director Jo-Anne Chin said the next area to watch for coastal apartment development would be Scarborough.

It’s expected a master plan for the Scarborough beachfront will be finalised by the Metropolitan Redevelopment Authority by the end of 2014.

However, Ms Chin said she didn’t expect much action at Cottesloe, despite the state government moving earlier this year to allow up to five to eight storeys along Marine Parade.

Ms Chin said the expected groundswell of opposition would make an apartment project of sufficient scale and density a difficult proposition.

“The cost of going through that process is unbelievable and onerous, so you really have to consider that as a developer as part of your analysis,” she said.

“If there are other really great locations where you can develop … then as a developer you’d say ‘well let's go to Scarborough’ instead.”