A partnership between Lockheed Martin and Curtin University highlights that WA researchers have a lot to offer when it comes to looking at the stars. 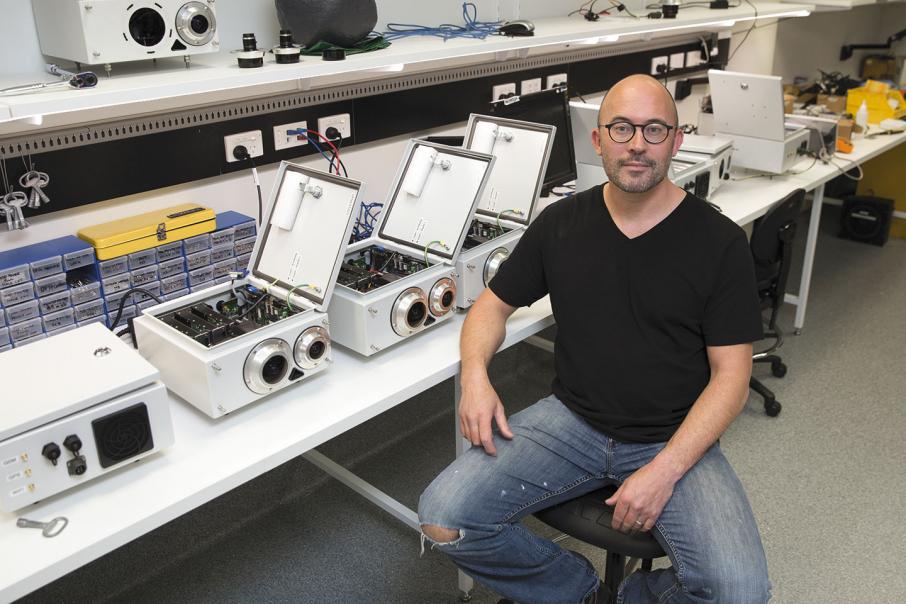 Homegrown technology to track meteorites has caught the eye of a global aerospace contractor, highlighting Western Australia’s growing capability in the sector at a time when the federal government is pushing the creation of an oversight agency.

The network was developed by Curtin professor Phil Bland, and consists of a series of mini observatories set up cheaply across the Outback to follow meteorite movements.

The observatories include a camera lens, software, a mobile phone, solar panel and a protective outer casing.

“We track things coming through the atmosphere … and we can work out where it comes from in the solar system,” Mr Bland said.

“It’s called space situational awareness, kind of air traffic control for satellites and debris … there’s a surprising amount of stuff up there now.”

Mr Bland told Business News that in the longer term, he hoped to extend the partnership to give the university an opportunity to build space mission hardware.

For now, the relationship with Lockheed Martin will help improve educational standards for engineering students at Curtin, and will give him financial support for a research officer.

Lockheed Martin will contribute funds to accelerate research and development in the project, one of 15 Australian research projects in the field being supported by the company.

The company did not disclose exactly how much funding will flow through in the agreement, although Business News understands most such projects have received about $500,000.

Lockheed Martin’s Australian managing director, Rod Drury, said the company had been attracted to the project because it delivered its objectives in a very cost-effective way.

“Compared to what it delivers at the moment … part of our consideration has been the cost of building that capability and deploying it.

“The cost effectiveness of how they do it was absolutely something that attracted us to the solution.”

Mr Drury said Lockheed Martin had not yet decided how the technology might be used.

The Lockheed Martin-Curtin partnership was unveiled at the recent International Astronautical Congress in Adelaide, just days after the establishment of an Australian Space Agency was announced by the federal government.

The WA government has called for the national agency to be based in Perth.

State Science Minister Dave Kelly said: “A space agency would build on our strong capabilities in areas such as radio astronomy, remote sensing, and big data management and our growing international reputation.”

The facility was built by the ESA and opened in 2003, the agency’s first deep space ground telescope in the world.

WA will soon be home to part of the world’s largest telescope, too.

The Square Kilometre Array project is an international venture, building a telescope in the Murchison region, with up to one million two-metre low-frequency antennas to be included in the final product.

The antennas will produce data equivalent to five times the traffic of the internet, according to proponents, and will be able to see deeper into space than any telescope previously built.

Because light does not travel instantaneously, it also means the telescope will be able to see further back in time than others.

But there is still some way to go, with the project still in planning and design phase.

Local involvement is managed by the International Centre for Radio Astronomy Research, a joint venture between Curtin and the University of Western Australia.

"This treaty-level organisation will be headquartered in the UK at Jodrell Bank Observatory and will oversee the scientific, engineering and financial development of the SKA.

"Secondly, the SKA will issue a call for tender in 2019-20 for major construction contracts covering the SKA-low telescope in Australia and the SKA-mid telescope in South Africa.

"The construction will take approximately five years with early science operations beginning in 2024/25.

"In the coming 5 years, Australia will set up the computing and operational systems for SKA-low based on the experience we have gained through the two precursor telescopes on the Murchison Radio-Astronomy Observatory in WA (The Australian SKA Pathfinder [ASKAP] and The Murchison Widefield Array [MWA]).

"Working with the Pawsey Centre in Perth, the International Centre for Radio Astronomy Research (ICRAR) and CSIRO have developed the systems and know-how, to extract exciting scientific results from the precursor telescopes and to ensure we are ready for science at the SKA scale.

"After more than 10 years of design work, international collaboration and fund raising, and enormous support from the Commonwealth and WA State governments, we are now ready to make the world’s best and largest astronomical facility a reality."

“On the visibility that I’ve got … there is absolutely no doubt that Australia has the capability to establish itself in a niche area, or areas,” he said.