The state government will be working to avoid potential skills shortages as the federal government’s naval shipbuild program ramps up in the west, according to deputy premier Liza Harvey, as businesses hopeful of winning contracts for the build attended a defence industry procurement roadshow today. 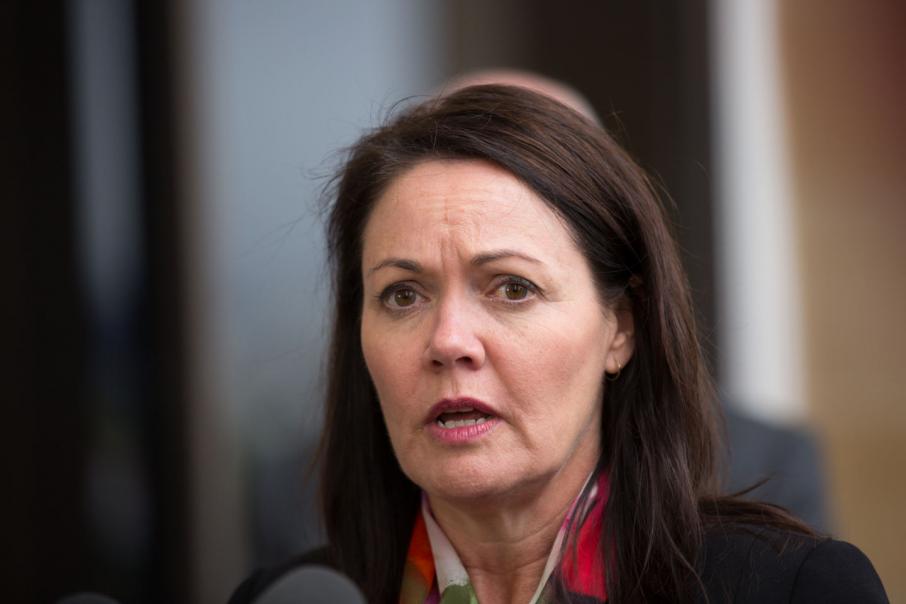 Deputy Premier Liza Harvey is also in charge of the training and workforce development portfolio.

The state government will be working to avoid potential skills shortages as the federal government’s naval shipbuild program ramps up in the west, according to deputy premier Liza Harvey, as businesses hopeful of winning contracts for the build attended a defence industry procurement roadshow today.

Offshore Patrol Vessels will be built at the Henderson shipyards from 2020, under a contract worth up to $4 billion, although the first of 12 vessels will be constructed in Adelaide.

A further nine frigates and 12 submarines will be built in Adelaide, although Ms Harvey said those builds would also provide opportunities for Western Australian companies to participate in the supply chain.

“There will be some particular skill sets that we need to develop,” said Ms Harvey, who is in charge of the state government's training and workforce development portfolio.

“It’s going to be interesting as we ramp up for the build of the Offshore Patrol Vessels ... there will be some particular skill sets that we’ll need to develop.

“The advantage for us is that we have some lead in time to do that.

“There’s some specialist welding skills, for example, there's a bit of a world shortage in some of those skills.

“Where do we need to find additional skills sets, where will they come from, what is it we need to put in place to train them.”

She said the European companies that were bidding to be involved in the design of the vessels had strong commitments to training, while the WA workforce would benefit from the experience of the resources boom, which had similar skill requirements to defence.

“I think we’ll be able to learn and perhaps get a more robust commitment to training out of the whole sector,” Ms Harvey said.

One move by the government in this direction was the upgrade of the applied engineering and shipbuilding training centre at the Australian Centre for Energy and Process Training in Munster.

Ms Harvey disputed comments by South Australian Senator Nick Xenophon implying his state had only won contracts because of his lobbying work.

She said the federal government would be looking for value for money in procurement.

“Our competitive advantage is that we’ve been working with the mining sector and the oil and gas sector for a long time,” Ms Harvey said.

“That has given us a very broad suite of skill sets that are appropriate for this sort of work.

“We’ve got businesses here that won't be solely reliant on defence contracts.

“That cross pollination of different work is also an advantage … that can be transferred across to the defence contracts.

“We don't see this as an us and them situation, there is an opportunity for the two states to work together.”

“The Turnbull government is setting a new direction for the defence industry in Australia that, where possible and practical, we should use Australian companies," Senator Back said.

“This will produce both the economic benefits of a thriving domestic defence sector, as well as contributing to ability of the ADF to respond to Australia’s national security requirements."