Site Sentry stands out as the state’s premium security surveillance provider with WALGA’s stamp of approval. 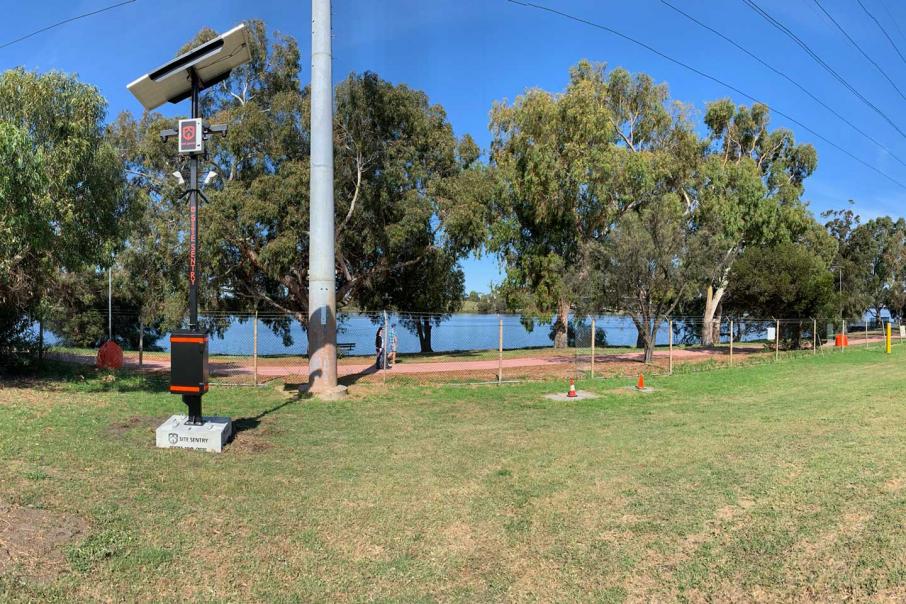 Local councils are tasked with juggling a range of activities to keep Western Australian suburbs safe and vibrant. So, it only makes sense to have an organisation in place to vet suppliers, allowing councils to make decisions faster and with greater confidence on behalf of our communities.

WALGA (WA Local Government Association) does just that, ensuring the highest standard of service and reliability among its listed suppliers.

Site Sentry is currently the only rapid deployment security surveillance company to have made it onto WALGA’s list, proving itself as the standout option for security solutions within the state.

One contributing factor to its inclusion on the list is its adherence to the strict guidelines outlined under the state’s Surveillance Devices Act.

According to Site Sentry director Paul McKiernan, the standard of CCTV footage required by councils and police needs to be precise.

“We’re always working with councils and communicating with the relevant parties to stay completely abreast changes in the CCTV standards, so Site Sentry can guarantee high quality footage using modern technology,” he said.

The smart surveillance provider’s value proposition goes above and beyond that of simply supplying the equipment needed to retrospectively assess a crime.

Site Sentry offers a wholistic service that eases pressure placed on local councils and police by proactively preventing crimes or antisocial behaviour and intervening when needed.

It is responsible for installing, maintaining, and relocating its devices as necessary, as well as integrating the live feed into the council’s own video management software.

“Every council has its rangers and security patrols but, like police, they cannot be everywhere at once,” Mr McKiernan said.

“Site Sentry works with the rangers and law enforcement to put more eyes on the ground, targeting trouble hot spots and locations like parks where anti-social behaviour is often a problem.”

Having proven its reliability and hands-on approach through contracts with tier one construction companies, Site Sentry was one step ahead when beginning the comprehensive process of achieving WALGA certification.

“We had already been working with some councils prior to being accepted with WALGA, so they had confidence that what we promised and what we would deliver precisely matched,” Mr McKiernan said.

Having recently won a three-year contract with the City of Swan through the WALGA platform, the City now has a suite of 11 Site Sentry systems deployed throughout its suburbs with modern licence plate-capture technology.

The Site Sentry units are mobile and solar powered so can be installed in any location.

Within the City of Wanneroo, Site Sentry units have been used to monitor local skate parks and areas of frequent congregation to deter antisocial behaviour, providing a greater sense of security for residents and families.

“The results have been extremely satisfying,” Mr McKiernan said.

“The feedback from the council and residents has reiterated that Site Sentry units and the ongoing monitoring of our systems has positively contributed to a greater sense of security and decreased levels of antisocial behaviour in the areas.”

The results have shown that installing Site Sentry units in problem areas has reduced police callouts by up to 80 per cent.

Site Sentry works with councils on a case-by-case basis to build custom solutions depending on its clients’ needs.

“While some of our clients’ needs are more suited to a visually imposing style of security tower, others may require a more subtle solution,” Mr McKiernan said.

“For example, Scarborough recently underwent a major revamp so, in an effort to lift the appearance of the area, the City of Stirling wanted to upgrade its existing trailer-mounted system to something more visually appealing that provided high quality, detailed footage.

“We designed a new security tower to suit their needs, which resembles a galvanised streetlamp with a rounded concrete base,” he said.

Mr McKiernan said Site Sentry’s work with Western Australian councils had a flow on effect, stimulating strong growth for the company by demonstrating its value to prospective clients.

“We’re actually getting a lot of traction on the east coast of Australia,” he said.

Site Sentry has secured contracts in New South Wales as well as a significant partnership with the Moreton Bay Regional Council in Queensland, resulting in the shipment of $800,000 worth of systems to the area.

“These guys get confidence from seeing our products in action in WA councils,” Mr McKiernan said. 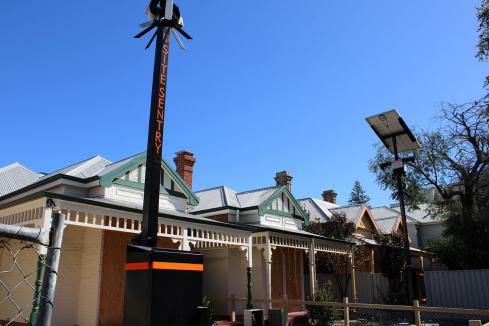 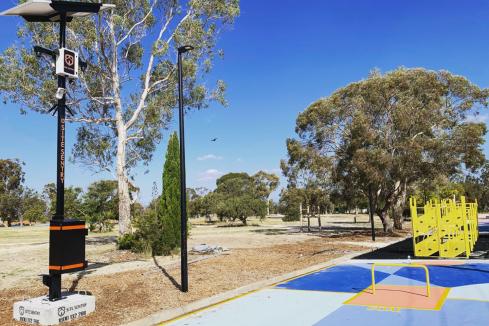