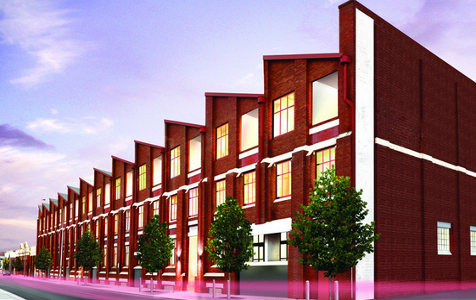 Plans to build an apartment development at the historic Dalgety Wool Stores building in Fremantle are a step closer with the signing of a $97 million funding deal.

Forty apartments have been bought off the plan in the first of two releases, with construction expected to begin in mid-2014 and completion targeted for 2016.

“As well as Sirona bringing its capital to the project, they share our vision for Heirloom and have quickly seen the intrinsic and irreplaceable value in this project,” he said.

The deal represents a further boost to Sirona’s stake in plans to revitalise the port city.

The group is backing the Fremantle council’s $300 million Kings Square redevelopment and is also eyeing opportunities in hotel and hospitality developments.

Sirona managing director Matthew McNeilly confirmed this week that construction was unlikely to begin on the Kings Square project until at least next year, with tenancy negotiations still under way.

The group has approached the state government in the hope of attracting the Department of Housing to Fremantle, which would bring an additional 30,000 square metres of office space to the city.

The process of decentralising government accommodation is not expected to be finalised until the end of the year but Mr McNeilly said Sirona was continuing discussions with other prospective tenants in the private sector.

“We’d be a little stupid if we decided that we weren’t going to progress down the path of chasing a 30,000 square metre office tenant which would be, in my view, perfect for Kings Square,” Mr McNeilly told Business News.

The development would be relatively flexible, Mr McNeilly said, with the selection of tenants informing the final shape of the project to some degree.