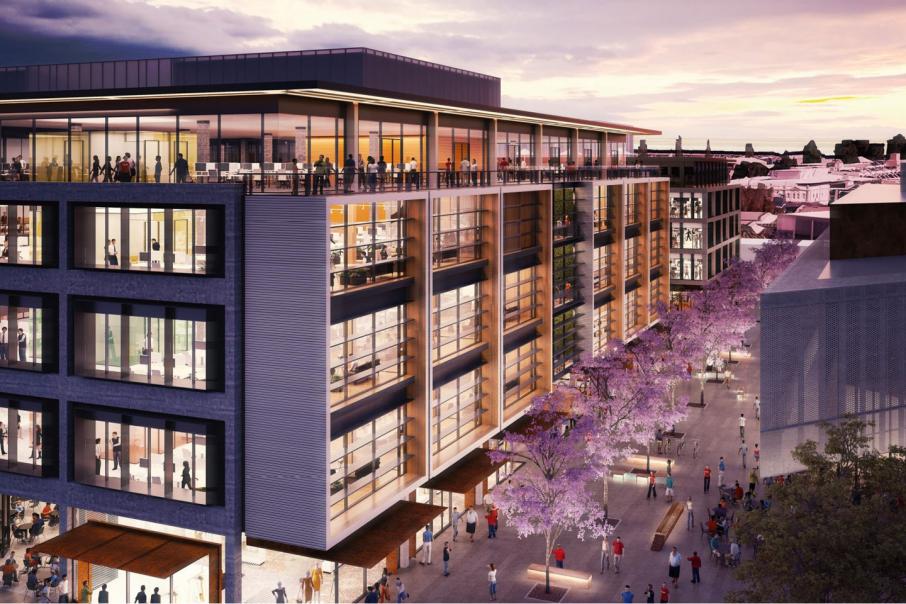 Probuild is also midway through constructing the $450 million Ritz-Carlton & The Towers at Elizabeth Quay, on behalf of developer Far East Consortium, and is also building Blackburne’s Oracle apartments on Stirling Street, under a $45 million deal.

The commercial component of the development was designed by HASSELL and HDR Rice Daubney, while Kerry Hill Architects won an international design competition in 2013 for the City of Fremantle's new headquarters.

In November last year, the state government confirmed it would relocate three agencies to the port city – the Housing Authority, the Department of Corrective Services and the Department of Transport – to underpin the project.

As well as the office space to cater for more than 1,500 workers, Sirona Capital managing director Matthew McNeilly said the Kings Square proposal includes a retail-based town centre precinct, which will include a range of food and beverage outlets, while it will also be designed to cater for special events and festivals.

“A lot of people have disengaged with Fremantle over the last couple of decades, if you talk to a lot of people and they say ‘I haven’t been there for 20 years’,” Mr McNeilly said.

“We want to entice those people back, and to entice them back we’ll have to provide them with a package of destinational concepts that include entertainment, events and performance, food, artisans, specialty retailers – a whole range of different activities housed in interesting spaces that will bring people back time and again and improve the economy of the CBD.”

City of Fremantle estimates indicate the project will generate more than 2,100 permanent jobs and inject more than $358 million in the local economy.

The project is a key plank of the City of Fremantle’s draft 10-year financial plan, which was accepted by the council’s audit and risk management committee earlier this month.

The City of Fremantle said the Kings Square project would provide a solid financial base for the city.

“The redevelopment of Kings Square is a major long-term investment in the economic future of Fremantle and the revised financial modelling which includes the latest information on Kings Square costs demonstrates this,” Fremantle Mayor Brad Pettitt said last week.

“Before this investment in the Fremantle city centre there was a serious fear Fremantle was on an unsustainable economic trajectory.

“The city committing to the catalyst Kings Square project in 2013 has renewed investor confidence and has been a major contributor to the $1.3b development boom we now see in Freo.

“We’ll be prioritising the Kings Square development over the next two financial years and adjusting budgets accordingly, but importantly our long-term plan demonstrates the ability to deliver this project based on CPI-based rate increases.”

Work is expected to begin in August, with the development to be complete by mid-2019.

“We’re constructing an extensive amount of commercial space nationwide, and we understand the demands of government tenants and mixed use projects,” he said.

“We’ll be commencing early contractor involvement with Sirona and the consultant team immediately to share our expertise, leverage our national experience and collaborate to ensure value-driven outcomes during the crucial planning phase.”