Sirius to raise $189 million for Nova 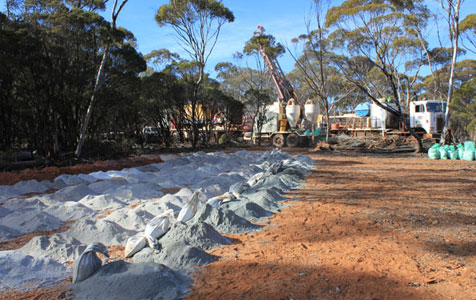 Shares in Balcatta-based Sirius Resources have gone into a trading halt ahead of the company announcing a $189 million capital raising to help develop its Nova nickel project near Norseman.

Sirius also released a presentation regarding the capital raising today, detailing plans to place about 49.5 million new shares valued at $3.82 per share to institutional and sophisticated investors.

The nickel explorer last week released its definitive feasibility study for the Nova deposit, which put a cash cost of $473 million on developing a mine to production.

The mine is expected to have an initial life of 10 years and would generate $4.5 billion in revenue and net cash flow of $2.7 billion.

All-in sustaining cash costs are expected to be $2.32 per pound of nickel produced.

Sirius is planning to truck nickel concentrate by road-train to either Kalgoorlie or Esperance, with the mine to be operated by a fly-in, fly-out workforce out of Perth, as well as drive-in, drive-out workers from Kalgoorlie, Esperance and Norseman.

Project debt financing discussions for Nova are also being advanced with a shortlist of six banks, Sirius said, while the company has also shortlisted six potential offtake customers for nickel concentrate produced at Nova. An artist's impression of the Nova processing facility.

Sirius has also kicked off the environmental approvals process, having submitted applications to the Environmental Protection Authority.

The company said a final mine development agreement with native title holders was anticipated in the near future.

"This will trigger the process leading to grant of a mining lease, which in turn determines the timing of other approvals processes," the company said.

"Subject to the native title agreement being concluded when expected, all approvals could be received by late 2014, enabling development to commence in early 2015."

First ore from Nova is expected in the second quarter of 2016 and first concentrate in the fourth quarter of that same year.

The company took full ownership of the nickel deposit in February, when it bought out Ponton Minerals’ major shareholder Mark Creasy’s 30 per cent stake for a stock and cash package worth nearly $200 million.