Stakeholders in Sirius Resources have shown their support for the proposed acquisition by Independence Group, with three recommendations passing by an almost unanimous vote. 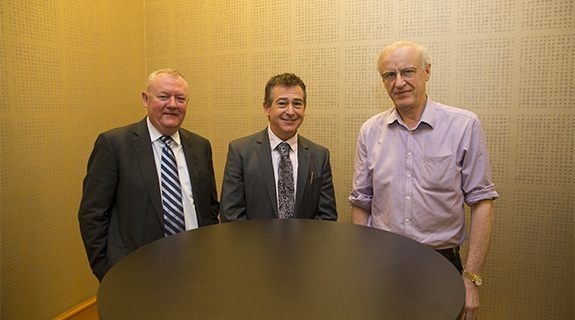 Stakeholders in Sirius Resources have shown their support for the proposed acquisition by Independence Group, with three recommendations passing by an almost unanimous vote.

Convening at a meeting at the Duxton Hotel Perth today, Sirius shareholders voted in favour of the resolutions relating to the takeover deal, whereby Sirius shareholders will receive 0.66 Independence shares for every share held, plus 52 cents in cash.

In what is a spectacular success story for Sirius, the deal was announced in May with Independence bidding $1.8 billion for the young nickel miner (and was advised by UBS).

Sirius completed a definitive feasibility study on its Nova project and made a decision to mine last year, which was only two years after first making a discovery at the project.

The acquisition will add Sirius’s Nova project to Independence’s already impressive portfolio of assets, including the company’s joint venture in the Tropicana gold project with AngloGold Ashanti, its Long nickel operation in Kambalda, which it acquired from BHP Billiton in 2002, and the Jaguar copper-gold project in Leonora.

The combined ground will have a pro forma market cap of about $2.7 billion, making it a leading ASX-listed mining company with potential to become an ASX100 group.

Along with the Independence takeover, shareholders voted in favour of the demerger of Sirius’s gold and base metal assets into S2 Resources.

S2 will begin trading as its own entity in about six weeks.

The deal received full approval from Sirius’s major shareholder Mark Creasy, who holds a 34.5 per cent stake in the business.

Post-acquisition, Mr Creasy will be retaining an 18.6 per cent holding in the combined company.

“Our job has been to de-risk (the Nova project). I absolutely think we’ve done that, and we now pass it over to a company that has significant operational capacity and access to cashflow from its gold assets,” Sirius chairman Jeff Dowling said.

“I think that goes a long way to de-risking the actual financing and ultimate development of Nova in a market that’s pretty ugly and uncertain at the moment.”

“One of the priorities is doing resource drilling at Baloo and the intent of that is to see what potential that has to give us cashflow in addition to the $22 million that we have in the bank,” Mr Bennett said.

Mr Creasy said he was happy Sirius and Independence were combining forces.

“The two companies together are stronger than the two apart and the cashflow that Independence has will make things much more stable and safe,” Mr Creasy said.