Sirius Resources has signed an offtake agreement with Dutch commodity trading company Trafigura for copper from its Nova mine in the Fraser Range. 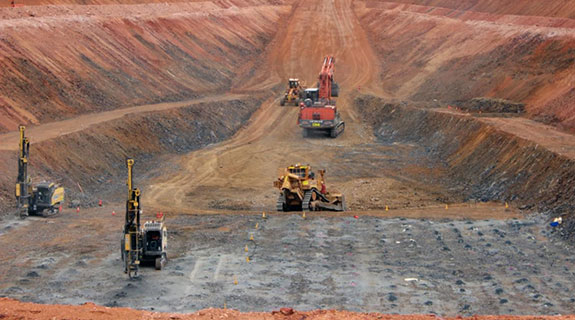 Sirius Resources' Nova nickel-copper mine in the Fraser Range.

Sirius Resources has signed an offtake agreement with Dutch commodity trading company Trafigura for copper from its Nova mine in the Fraser Range.

Under the terms of the deal, Sirius will supply copper sulphide concentrate to Trafigura for three years from the commencement of production, which is expected to begin late next year.

Sirius said it intended to export concentrate from the Nova mine through the port of Esperance once it had received community endorsement and government approval, but said the port of Geraldton was also an option.

“Commercial terms of the offtake agreement are confidential, but reflect the anticipated exceptionally high quality of the Nova copper sulphide concentrate, which has very low levels of deleterious elements and is expected to average 29 per cent copper,” the company said.

“These characteristics make the product very desirable to smelters and trading firms.”

Sirius also said it was in advanced negotiations with another party for offtake of nickel from the Nova mine for the first three years of production.

It expects to finalise the contract by mid-year.

The deal follows recent media speculation that Sirius has been eyed as a potential takeover target by South Perth-based Independence Group.

Independence issued a statement to the ASX yesterday, addressing the speculation, saying it was continuously assessing corporate and asset-based opportunities to deliver increased shareholder value, but had not entered into an agreement for a transaction with any of the parties mentioned in the media articles.

The company has previously stated that it is looking at a number of assets to build its portfolio.