Sipa is pleased to announce the signing of Farm-in and Joint Venture Agreements on our Thaduna and Ilgarari Copper Projects in the Gascoyne Region of Western Australia. The western boundary of our Thaduna Project is about 20 kilometres east of Sandfire Resources NL's DeGrussa-Conductor 1 copper-gold discovery.

The Agreements are with Affluent Net Limited (Affluent) of Malaysia, or a wholly owned Australian subsidiary of Affluent. Affluent is a member of the Affluent Group of Companies operating out of Malaysia, and Thailand. Affluent has advised Sipa that it will be sourcing the funds for the Projects primarily through investors in Asia.

Each Agreement is respectively conditional upon Affluent depositing with Sipa $3 million for the Thaduna Project and $2 million for the Ilgarari Project, and approving the initial programme and budget for each project, within 90 days from signing. The agreements will not take effect unless the funds are received.

The key elements of each Agreement are:

- Affluent must spend $10 million over a three year period to earn a 49.99% interest in Sipa's 940 square kilometre Thaduna property and the four Prospecting Licences held by Messrs George Lee and John Flint (LF), which are surrounded by Sipa's property.

- Affluent must reimburse Sipa $0.9 million of past exploration expenditure and LF $0.1 million.

- Affluent must spend $2 million within 12 months before it can withdraw from the Agreement (the Minimum Exploration Commitment).

- Sipa is to manage all exploration.

- If Affluent wishes to continue after 12 months, it must pay Sipa and LF 1.5% of the in-ground copper value of any JORC-compliant copper-bearing Identified Mineral Resources within the Sipa and LF tenements pursuant to a report to be commissioned. That payment will be shared 90% Sipa and 10% LF.

- If Affluent earns 49.99%, Sipa has an Option to buy-out LF at a price to be agreed, though if Sipa does not exercise that Option, Affluent may buy out LF. If neither Option is exercised, LF may oblige Affluent to buy them out.

- Additionally, if Affluent earn the 49.99% interest, Affluent must 'Free Carry' Sipa, and LF (if LF remain in the Joint Venture), for another $10 million of exploration expenditure before Sipa or LF must make any further contribution.

- Affluent must spend $5 million over a three year period to earn a 49.99% interest in Sipa's 980 square kilometre property.

- Affluent must reimburse Sipa $0.5 million for past exploration expenditure.

- Affluent must spend $1.5 million (the Minimum Exploration Commitment) within 12 months before it can withdraw.

- Sipa is to manage all exploration.

- If Affluent earns the 49.99% interest it must 'Free Carry' Sipa for another $5 million of exploration expenditure.

Sipa and Affluent are now undertaking discussions on proposed budgets and associated work programme. Planning is proceeding so each programme can commence upon receipt of funds. 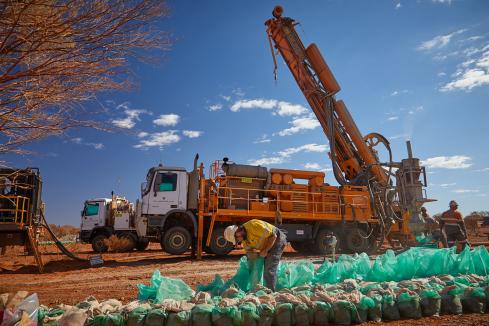