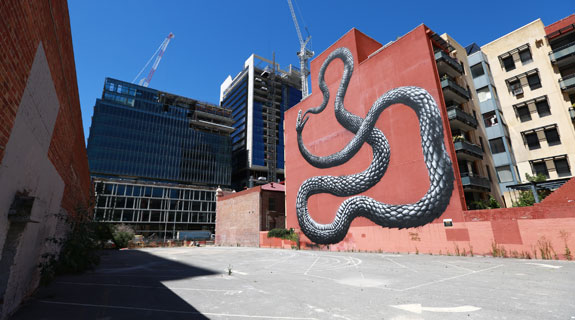 Singapore-based diversified conglomerate Crescendas is preparing to construct its first property in Western Australia, lodging a development application to build a 23-storey hotel on Wellington Street.

The City of Perth received an application to build the $47 million hotel late last year at 609 Wellington Street.

The company bought the plot for $5.5 million in January 2012 in a deal brokered by Colliers International.

Mr Paul Leow declined to comment on the project when contacted by Business News, but it is understood the hotel would be the group’s first foray into WA.

The company has a multi-pronged approach to business, with significant commercial and residential property holdings, while also being active in logistics and distribution, technology products and green energy, as well as developing environmentally friendly products.

Its hospitality arm operates three hotels in Singapore and another in China under the Aqueen Hotels and Resorts brand, as well as the Arena Country Club in Singapore.

The hotel, if approved to go ahead, would add to a raft of proposals in close proximity to or part of the Perth City Link, at which the Kings Square commercial precinct is currently being constructed by national developers Leighton Properties and Dexus Property Group.

The Metropolitan Redevelopment Authority put out the call for developers in June last year for two vacant plots of land adjacent to Perth Arena, both of which it said would be prime for hotel projects.

Design guidelines for the sites include a building of between 13 and 16 storeys on Lot 2, while Lot 3a of the Perth City Link has a maximum height limit of 16 storeys.

The MRA is evaluating proposals for the sites and is expected to name its preferred proponent for the site in coming months.

Another proposal, at 623 Wellington Street, was approved for construction in July last year, according to RP Data’s CityScope publication.

The proposal is for a 17-storey hotel, comprising 120 rooms and costing $14.8 million to construct, which would be part of the trans-Tasman Mantra Hotels chain.

Those proposals were for a hotel to be constructed under the Oaks Hotels banner. Artist’s impressions of the Mantra proposal (left) and the Oaks Hotel proposal at 623 Wellington Street.

The previous owner of the site was another privately-held firm, Shafto Investments Pty Ltd, which bought the site in July 2012 for $2.8 million.