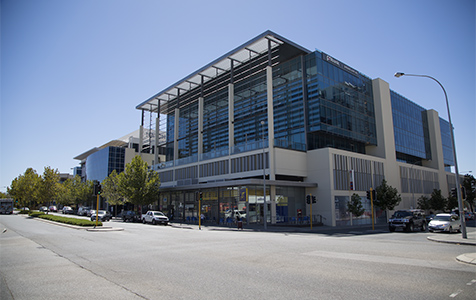 Perth's CBD office market is still proving to be attractive to offshore investors, with the office building at 130 Stirling Street sold to a Singaporean firm for $90 million.

Hiap Hoe said in a statement to the Singaporean Stock Exchange that the building was an ideal investment opportunity on Perth's CBD fringe, with its high-profile tenants signed up to long-term leases.

The deal was brokered off-market by Savills' Miles Rowe and Paul Craig, and follows overall office sales of $1.7 billion in 2013.

Mr Rowe said Savills considered the deal a landmark transaction for the Perth CBD, which introduced a new international player to the market, underlining its strong fundamentals and future outlook.

"We think it will definitely give the Perth office market a confidence shot in the arm, given the increasing vacancy rate," Mr Rowe told Business News.

"There may only be limited transactions this year, as the market works through some readjustments in vacancy and incentive levels.

"Despite this, modern, well-leased property will see investors through the next three to four years and this style of property is in demand."

The total value of commercial office transactions in 2013 was 64 per cent higher than the close to $1 billion in sales recorded in 2012.

Key transactions included Chevron's purchase of Elizabeth Quay site 7/8 for $64 million in November, and the $97.8 million sale of the under-construction Kings Square 4 tower to health insurer HBF by Leighton Properties in July.

The higher-value deals, however, occurred in the first six months of the year.

The second-largest deal for 2013 was Leighton selling the first three towers at the Kings Square development to Dexus Property Group, in April, in a deal worth around $434 million.

This was preceded by the year's largest transaction in May - the $458 million sale of Raine Square by KordaMentha to Charter Hall.

Also in May, Allendale Square was sold to Mirvac by GE Real Estate for $231 million.

The nearby office building at 80 Stirling Street was sold in June by Australian Unity Investments for $72.15 million, to CorVal Investments.

Mr Stacker said investors received at settlement a return in excess of 15 per cent per annum.

"We are continuing to see strong demand from high net worth, self-managed superfund and retail investors for high-quality office syndicates and our larger industrial fund series," Mr Stacker said.

The transaction remains subject to Foreign Investment Review Board approval.