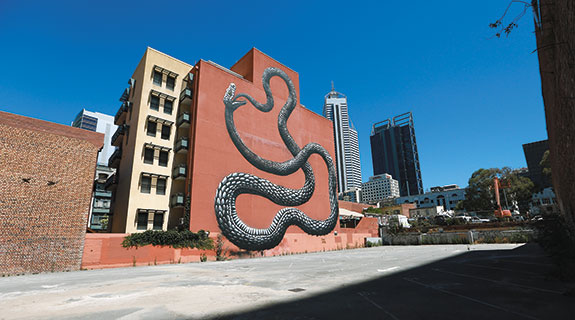 Singaporean investors are driving a flurry of offshore activity in Perth’s commercial, hotel and residential property sectors. Singapore is firming as a significant source of capital for Perth-based property players, as developers and private equity fund managers from the South-East Asian country increasingly look for Western Australian assets to add to their investment portfolios.

The latest move was by Singaporean hospitality group Crescendas, which recently lodged a development application with the City of Perth for a $47 million, 23-level hotel at 609 Wellington Street.

Fragrance Group is in the middle of converting an office tower at Milligan Square, which it bought from Georgiou Capital last year for $30 million, into a residential project, the approval for which also includes a 132-room hotel.

The group also purchased another development site, at 374-396 Murray Street, from the Luke Saraceni-chaired Westbridge Property Group, for $40 million midway through last year.

That site, which is currently being used by Wilson Parking, backs onto Crescendas’ hotel proposal on Wellington Street and has development approval for an apartment tower containing 286 dwellings and a 14,000 square metre office building.

In 2013, Far East Organisation bought the HarbourTown Shopping Centre, since re-branded as Watertown Brand Outlet, for $205 million, while its hospitality arm unveiled a $60 million refurbishment of the Rendezvous Hotel in Scarborough in May last year.

Since that initial investment, Crest Capital has poured a further $150 million into WA, buying a range of retirement housing, affordable housing and medical facility assets.

“As the senior banks or institutions have found it difficult to lend much above 65 or 70 per cent, you have to find more interesting or innovative ways to try and support projects,” Mr Devine said.

“We have historically looked towards Indonesia, Malaysia, Singapore, Hong Kong and China, but we certainly have had greater success in Singapore, and that success has taken us a number of years to build.”

He said while the biggest challenge remained convincing investors Perth was a superior place to park capital over traditional investment lures Sydney and Melbourne, the fundamentals of the WA market stood up well.

Another factor drawing Singaporean funds into WA was that Perth is home to the largest proportion of the country’s expatriates.

And while the resources sector that has made WA the powerhouse of the Australian economy for the past few years is currently on a cyclical dip, Mr Devine said Asian investors were not generally fussed by short-term economic fluctuations.

“They have a view that in the medium to long-term, property assets and WA will be a great asset for them to invest in,” he said.

Pilbara Metro Developments managing director Paul Jennings said the project would be built using modular construction method, with manufacturing occurring in China then assembled on site, a concept which was well understood by Asian property investors.

“For this project particularly, you’ve got a better cost-benefit ratio, you’re getting more bang for your buck,” Mr Jennings said.

“In a market where there are so many different products you have to have an edge of some kind, and you can readily get it manufacturing the way we are and where we are.”