Signs US is getting back on track

Any slowing of quantitative easing in the US would be interpreted as an indication the Federal Reserve's policies were working. 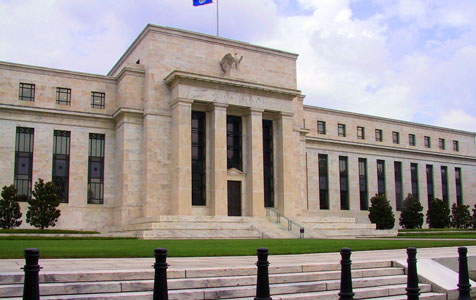 Any slowing of quantitative easing in the US would be interpreted as an indication the Federal Reserve's policies were working.

THE US Federal Reserve looks on track to start slowing its quantitative easing program later this year, but only if the economy continues to improve. More importantly, it is unlikely to raise interest rates any time soon.

Nervousness about a change in direction from the Fed has been building this year, particularly over the last month following chairman Ben Bernanke’s comments that he is prepared to slow or “taper” the pace of QE in the next few meetings.

This would likely mean cutting the $US85 billion a month it is buying in government bonds and mortgage-backed securities to about $US60 billion a month.

Expectations for interest rate hikes in the US have been brought forward a year amid fears this action by the Fed signals a shift towards the start of US monetary tightening. This has happened at a time when US economic data has not all been strong, so some fear a premature tightening.

The US Federal Reserve’s latest monetary policy setting meeting that concluded last week was much anticipated for greater clarification around these issues.

The basic message from the Fed may be summarised as follows.

First, Mr Bernanke confirmed that it may start to slow the pace of QE later this year; he also added that the reduction is likely to be gradual and that QE could end by mid next year. However, Mr Bernanke also noted that this is conditional on the economy continuing to improve as expected – the Fed expects growth to accelerate to between 3 per cent and 3.5 per cent next year.

Second, the pace of QE can still be increased or decreased in the future, depending on how the US economy is performing. In other words, just because the Fed might start to taper in September, for instance, doesn’t mean that all the next moves will automatically be towards a further reduction.

In fact, Mr Bernanke appears to have made a steady decline in QE towards ending the program in mid 2014 contingent on expectations being met that the unemployment rate will fall to about 7 per cent by then.

Third, and most importantly, the Fed reiterated that any decision to slow QE does not mean that interest rate hikes are any closer. In fact, 15 of the 19 participants at the meeting don’t expect the first Fed rate hike till 2015 or later.

Moreover, the Fed continues to indicate that near zero interest rates will be justified at least as long as unemployment remains above 6.5 per cent and inflation expectations remain low, with Mr Bernanke pointing out that the 6.5 per cent unemployment rate is a threshold, not a trigger.

This suggests that the move forward during the past six weeks in money market expectations for the first rate hike from mid 2015 to mid 2014 is premature. Expect rate hike expectations to settle down again and push back into 2015.

So while quantitative easing will most likely start to slow later this year, this will actually be a good thing because it indicated the Fed’s mission has been accomplished. In other words, the US economy can start to be taken off life support; and by the time it occurs, it will be a surprise to no-one.

Shane Oliver is head of investment strategy and chief economist at AMP Capital.