MM Creative Productions has acquired the rights to bring a Disney show to Perth. 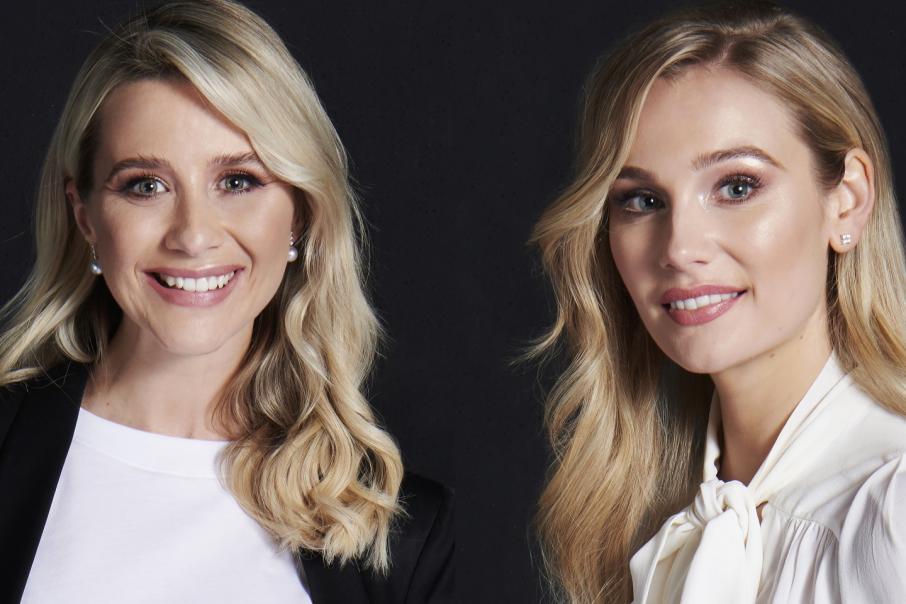 It seems the theme song from Disney’s Pinocchio was on the money about dreams coming true when you wish upon a star, if the story of two Perth creatives is anything to go by.

Six months after founding their production company, and in the midst of industry upheaval due to COVID-19, MM Creative Productions directors Amy Manford and Genevieve McCarthy have secured the rights to the Australian premiere of Disney in Concert: A Dream is a Wish.

It will be the company’s second show, after performing the Magical Music of Animation at the Perth Concert Hall with 80 members of the West Coast Philharmonic Orchestra & Chorus.

“We went from two girls with an idea in September of 2020 to signing a contract with arguably the largest entertainment producer in the world six months later,” Ms McCarthy told Business News.

Long-time friends, Ms McCarthy and Ms Manford had plans to start their own production company once their individual performing schedules had quietened down.

The COVID-19 pandemic fast-tracked those aspirations when they found themselves in Perth last year, one of the only places in the world where live performances were able to go ahead.

Ms McCarthy returned to Perth in February, for reasons unrelated to the pandemic, intending to become involved in the Australian arts scene after working and studying in London for seven years.

Winning her first professional role when she was nine years old in an Australian tour of Les Misérables, she later appeared in productions including The Sound of Music and the television show Parallax.

After a few years in the corporate world, however, she quit her job on the spot to revive her stage career.

She flew to London a few weeks later to complete her master’s at the Royal Academy of Music and has since been cast in new musicals including Mythic, and Murder at the Gates, and has voiced the character Aubrey in Thomas & Friends.

She studied at WAAPA before moving to London to do her master’s degree at the Royal College of Music.

Before she graduated, she was cast as Christine in The Phantom of the Opera and had her West End debut shortly after that.

She was due to perform the show in Athens when the COVID-19 pandemic hit; the performance was cancelled, and Ms Manford decided to travel home.

Reunited in Perth, the pair decided to make the most of the fact live performances were still possible.

“When we realised that Perth was opening up and the rest of the world was totally dead in terms of performing and the arts, we thought there was absolutely no better time to do this,” Ms Manford told Business News.

“Of course, it was a huge risk for us to start a production company in the midst of a pandemic, not knowing when it could turn for WA.”

After spending years watching performances around the world, they believed there was a gap in the Perth market.

Ms McCarthy said places such as Cadogan Hall in London and the Lincoln Centre in New York had large symphony orchestras playing musical scores in concert versions of musical theatre.

“The staging and the set and the costumes is stripped back; you have these stunning musical theatre scores being played by a full symphonic orchestra, which you actually don’t get when you put on a musical,” she said.

“It’s a way of bringing some beautiful, stunning musicals which aren’t performed as often to Perth and allowing people to experience those,” she said.

The company is entirely funded by Ms McCarthy and Ms Manford, but has received some support from Minderoo Foundation, which subsidised the cost of the orchestra in the first show.

MM Creative Production’s second show, Disney in Concert: A Dream is a Wish, will be performed by 60 musicians from WA Symphony Orchestra led by conductor Jessica Gethin and four featured artists, at the Perth Convention and Exhibition Centre in October.

After acquiring the rights to individual songs for their first show, the company already had a connection with Disney.

“We actually think it was COVID that made them pay attention to us in the first place because we potentially could have been one of the very few production companies trying to contact them about performing their songs,” Ms Manford said.

“In an ironic way, that actually helped us from the beginning and now we are very lucky because we have got their attention and they are really happy with the work we are doing with them and their concert.”

Ms McCarthy said people in Perth were shocked they had been able to secure the rights.

“We called venues around Perth who weren’t even sure they wanted to have us in their venue because they weren’t convinced we actually had the rights, because it just doesn’t happen,” she said.

Ms McCarthy and Ms Manford said they were committed to keeping the company based in Perth.