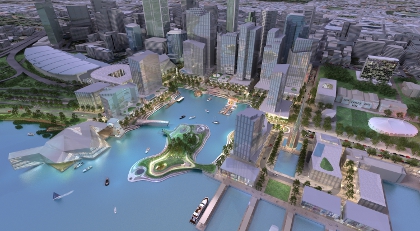 The state government has named a consortium between Brookfield Multiplex and Georgiou Group and another between Leighton and Broad alongside construction heavyweight John Holland on its shortlist for the construction of the Perth Waterfront inlet and public spaces.

Planning Minister John Day said the three shortlisted groups were all suitably experienced and qualified contractors to take on the estimated $200 million job.

“This is a significant milestone in delivery of the project, which is well under way and is on schedule – major work is due to commence in the coming months,” Mr Day said in a statement.

The contract involves the creation of new development sites, internal roads and public spaces including parks and promenades along a 2.8 hectare inlet to be created near Barrack Square.

The government expects to make an announcement regarding the successful proponent within the next few months.