Opposition leader Bill Shorten has promised Western Australia a legislated floor in GST payments, saying Labor is on a unity ticket with the Coalition to deliver a fairer carve-up. 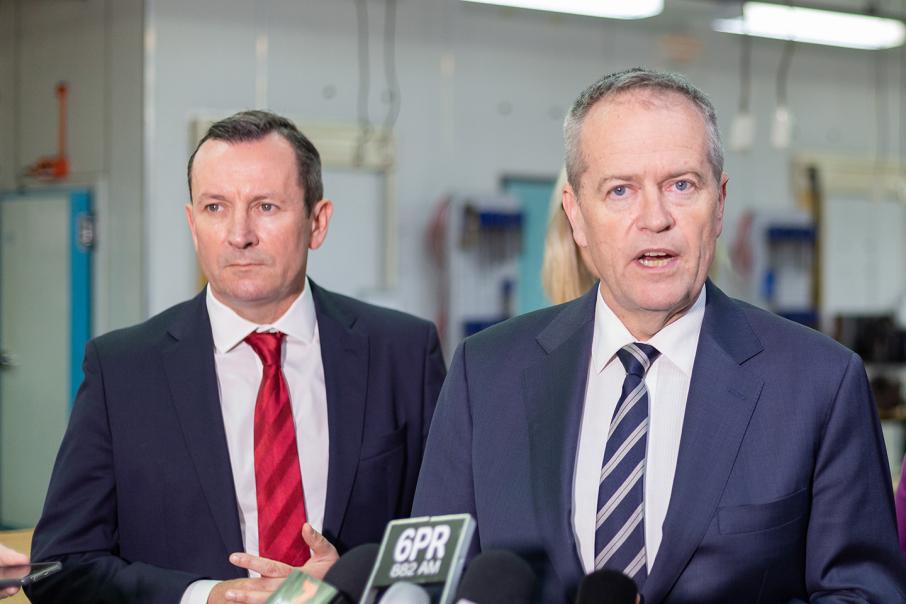 Opposition leader Bill Shorten has promised Western Australia a legislated floor in GST payments, saying Labor is on a unity ticket with the Coalition to deliver a fairer carve-up.

"Labor will support a unity ticket with the current government to make sure that Western Australia gets a fair share.

"We will support what the government has said but what we will also do is legislate within our first 100 days (of winning office).

"We will also make sure that this funding is untied."

He said Labor wanted to put the issue beyond the realm of day-to-day politics.

"And we'll make sure no states are worse off," Mr Shorten said.

"Labor can make that promise because we're not giving away tax cuts to the top end of town."

Finance Minister Mathias Cormann had earlier called on Mr Shorten to support the government's proposal in a bipartisan way.

The Liberals would provide a long-term resolution before the election, Senator Cormann added.

"Western Australians want and deserve a genuinely fair deal on the GST and that is what we'll be delivering," he told reporters.

"The next step of course is to secure the agreement of all other states and territory governments at the next COAG meeting."

Premier Mark McGowan said Western Australians had fought vocally for a better GST share and were being now rewarded.

"To announce that it's going to be legislated means it can never be undone," he said.

"I look forward to now seeing the GST floor implemented and the GST system reformed for the benefit of the whole country."

Mr Shorten is preparing his election campaign against Prime Minister Scott Morrison, who has promised to deliver WA an extra $4.7 billion in GST cash over eight years.

On a recent visit to the state, Mr Morrison said the government would pour in extra funds to make the GST pie bigger"