Atlas Iron managing director Ken Brinsden has called on opposition leader Bill Shorten to come up with an alternative to the Mineral Resources Rent Tax if Labor continued to block its repeal. 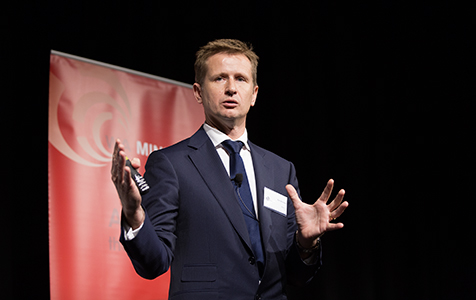 Atlas Iron managing director Ken Brinsden has called on opposition leader Bill Shorten to come up with an alternative to the Mineral Resources Rent Tax if Labor continues to block its repeal.

Mr Brinsden was critical of the tax, saying that while Atlas didn’t pay the MRRT, it was still burdened with its compliance costs.

He called on Mr Shorten to negotiate alternatives with the industry if the Labor Party continued to prevent the coalition from repealing the tax.

“If it’s not the Mineral Resources Rent Tax, what is it? Come up with an alternative, sit down with us, let’s have a talk about it,” Mr Brinsden said.

“Today I can tell you it’s damaging to the industry, because we are all lumbered with this stupid tax that we aren’t going to pay but suffering from ongoing compliance costs.”

“So don’t just say, ‘we are not going to assist in repealing it’. If that’s the case, what’s the alternative?”

He said every Australian family should be offended if the strikes were to go ahead.

“These guys (tugboat crews) are already paid incredibly well and in an environment where the industry is having a red hot go at tightening the belt, I think they should too,” Mr Brinsden said.

Tugboat crews have declared their intentions to strike for up to a week if their demands for increased wages are not met as part of a new enterprise bargaining agreement.

The deckhands, who earn about $160,000 a year, are calling for 10 per cent pay rises and an increase in annual leave.

If the strikes were to go ahead it would stop about $100 million worth of iron ore exports each day, affecting Atlas as well as other producers including BHP Billiton and Fortescue Metals Group.

“For every tonne (of iron ore) that doesn’t get shipped, there is a missed opportunity in royalties received and the tax that’s paid by the mining companies, and that is not insignificant,” Mr Brinsden said.

“We should all be offended and up in arms, that one union would have the ability to hold WA and Australia to ransom.”