Competition in the retail sector is getting tougher as marketing and technology merge, with smaller businesses likely to be left behind. 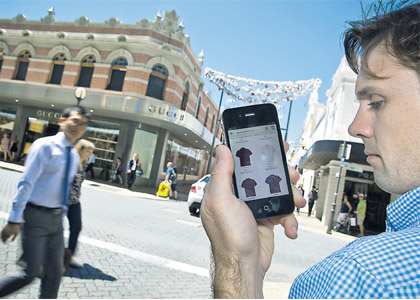 Competition in the retail sector is getting tougher as marketing and technology merge, with smaller businesses likely to be left behind.

WHY buy a new TV set today if market research predicts trends in supply and demand will force a retailer to cut his price tomorrow?

The answer is obvious - the purchase will be delayed until the price has dropped to its lowest point; and while there might not seem to be anything new in this process of bargain hunting, there is a lot new happening in the business of analysing and predicting future price movements.

For retailers, the analysis of market data and the rise of ‘price prediction’ as tool to aid shoppers is another phase in a recurring nightmare in which power is shifting from shopkeeper to shopper.

The first stage in this transfer of control from seller to buyer occurred with the rise of the internet as a mechanism for rapid price comparison.

Next came smart-phones with their barcode reading power and associated applications, which directed shoppers to the cheapest supplier.

Still to make its presence felt in smaller markets such as Australia, but undoubtedly on its way, the services of firms such as Decide.com (www.decide.com) will play a role in further squeezing profit margins in an already shell-shocked retail sector.

The initial focus of the Decide business model is online retailing where price movements can be rapid as rival firms try to win business, sometimes adjusting prices several times a day.

Wider applications are developing, such as price prediction based on computer modelling, which analyses data relating to the likely release of new products, levels of warehouse stock, and rival products.

The net effect is advice about where to shop and when, which the developers of the computer model claim has an accuracy rate of more than 75 per cent; high enough to convince most shoppers to delay or divert a purchase.

Retailers in the US and UK are fighting back, using their own computer models to develop more efficient customer loyalty offerings, which London’s Financial Times newspaper reported last week goes all the way to structuring personalised discounts.

If this is starting to sound like a far-fetched war of computer models then that’s pretty much what it is, with back-room boffins manipulating algorithms to seek out the best result from different sides of the counter.

Shoppers can theoretically benefit by having access to sophisticated data that gets them the lowest possible price. Retailers can have a competing set of numbers that enable them to retain their best customers.

Sitting on the sidelines, watching with an increasing sense of dismay, are smaller retailers, who do not have access to the data their bigger rivals are starting to deploy as marketing weapons, nor the ability to influence individual customers who can shop with increasing confidence that they are in control of the transaction.

Boiled down, the increasing use of computer models and data interpretation is squeezing profit margins ever tighter, and while some retailers are finding ways to fight back with loyalty programs and personal discounts, that is not something available to every shop owner.

For retailers who arrived late at the internet shopping party and its latest manifestation of detailed data-analysis, trading conditions look like they will be tougher than ever in 2013*

RETAILERS are not the only traditional business facing the development of new types of competitive pressure. Banks too are being targeted, though with a product that probably has greater potential to cause problems than affect profits.

‘Peer-to-peer’ lending looks like the finance world’s equivalent of bartering in the way it is designed to directly link a lender and a borrower - over the internet.

At first glance the concept has limited appeal, because it appears to eliminate the safety net of a bank filtering out potential problem borrowers, and because of the problem facing a lender in aligning his interests with those of a borrower.

Undeterred by the obvious problems, some big names are signing up to support the rise of peer-to-peer lending, including: last week’s announcement that the British government would divert funds into the system as part of an attempt to kick-start lending to small business; and an equally interesting investment in the process by RIT Capital, the investment vehicle of Jacob Rothschild.

Australia too has an embryonic peer-to-peer sector involving firms such as LendingHub (www.lend-inghub.com); while the concept seems simple enough, the quality of business on offer might raise a few eyebrows, such as a rather sad request from a borrower for $1,000 to finance their wedding.

Lord Rothschild, however, sees peer-to-peer as an interesting variation on banking, which has made his family rich.

In a recent interview he said that, after the 2008 financial crisis, many banks remain under-capitalised: “In these circumstances alternative forms of credit will be developed on a significant scale.”

It’s not easy to argue with a Rothschild but on this occasion it seems that he, and a few other people, have forgotten the root cause of the sub-prime mortgage crisis; and while there are good people being shut out of the credit system today, there are also a lot of sub-prime borrowers who should never be admitted.

Taiga under the radar

SPECULATORS with an interest in the emerging minor mineral graphite might care to take a closer look at Taiga Resources, a company flying below most investment radar screens.

Dismissed as a fad commodity, which enjoyed a momentary burst of fame earlier this year thanks to China manipulating supplies of a material that’s finding increased uses in a number of industries, graphite is high on the list of commodities being closed watched by investment banks.

Perth-based Taiga, despite its low profile, has been attracting attention for the simple reason that it owns the world’s highest-grade graphite deposit, in Sweden, and has just negotiated a route to market with a port-handling deal.

The port deal is important for any bulk commodity because as some Australian mine hopefuls have discovered: no port, no project.

“Fashion is a form of ugliness so intolerable that we have to change it every six months.”