Swire Shipping has become the fifth shipping line to commence a direct service into the Pilbara, adding to a trend that will substantially reduce road haulage. 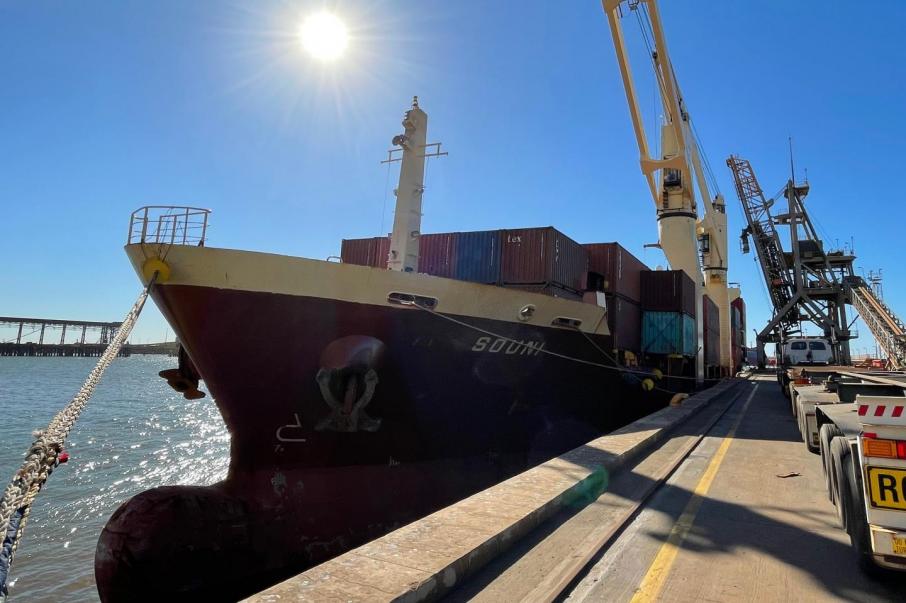 Swire Shipping has become the fifth shipping line to commence a direct service into the Pilbara, adding to a trend that will substantially reduce road haulage.

Swire has commenced a regular service into Port Hedland, with the vessel MV Souni this week discharging 30 containers of materials and equipment for mining and construction projects.

The shipping company plans a second ‘slot charter’ service between Singapore and Dampier.

The first direct shipping service between Singapore and the Pilbara commenced in November last year.

Since then, ANL has completed a further nine shipments into Port Hedland.

Maersk has also commenced a service to Port Hedland. Its first shipment – a load of Bridgestone tyres – arrived in January.

In addition, Rio Tinto has partnered with Toll to provide a direct shipping service to Dampier.

Their first shipment, on the vessel MCP Graz, also arrived in February.

Rio Tinto said in February it was hopeful that more than 50 per cent of its freight requirements into the Pilbara would come via ships, increasing the speed of delivery and lowering costs.

Its service is open for use by local businesses in the North West.

“Pilbara businesses have traditionally relied on goods being trucked from the Port of Fremantle or overland from the eastern states, which attracted a significant cost in terms of logistics and time,” Mr Giles said.

He said direct shipping translated into lower costs for Pilbara businesses and consumers.

“It also contributes to a reduction in road traffic, road maintenance costs, emissions and noise pollution.”

PPA has invested in biosecurity infrastructure, including inspection, treatment and wash bay facilities to support the new services.

The port authority expects the availability of improved biosecurity facilities will encourage further growth in direct shipping to Pilbara ports.

“These new direct connections enable customers to better plan their inventory, manage their supply chains, and reach their carbon-neutral goals up to 2040,” Mr Westfield said.

“It is estimated that each container shipped direct into the Pilbara versus via Fremantle will save roughly two tonnes of carbon.

“We look forward to working with our mining and resource customers to achieve carbon reduction goals.”

“We are acutely aware of how tough it can be for local businesses to be competitive with the cost of freight and this new service will go a long way to reducing those costs along with turnaround times,” he said earlier this year.

“Not only will a direct freight shipping service open up new opportunities for local businesses and create local jobs, it will also provide environmental benefits with road train travel from Perth set to reduce by hundreds of thousands of kilometres each year”.