German shipbuilder Lürssen has unveiled plans to establish a joint venture with local contractor Civmec to build 10 offshore patrol vessels at Henderson, two weeks after it failed to strike a deal with experienced shipbuilder Austal. 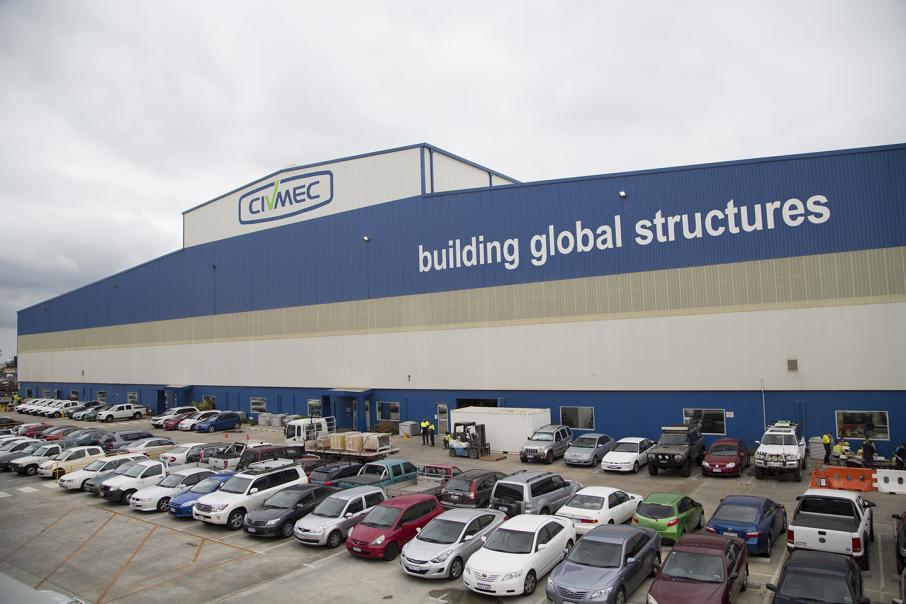 German shipbuilder Luerssen Australia has unveiled plans to establish a joint venture with local contractor Civmec to build 10 offshore patrol vessels at Henderson, two weeks after it failed to strike a deal with experienced shipbuilder Austal.

The joint venture, to be known as Australian Maritime Shipbuilding & Export Group (AMSEG) and owned 51 per cent by Lürssen, is the latest twist in the saga surrounding construction of the offshore patrol vessels.

The federal government had hoped Lürssen would partner with both Civmec and Austal, so it could draw on the latter’s experience in shipbuilding.

Instead Lürssen has stuck with its original bid partner, even though Civmec has no direct experience of building ships.

The joint venture will use an $80 million fabrication hall that Civmec is building next to its existing facilities at Henderson, though it's still not clear how much work will be done locally.

In a statement issued on Saturday, Lürssen said it is intended that AMSEG will play a “significant role” in the build of ten OPVs in Henderson but did not provide details.

The joint venture will be chaired by former Chief of the Navy, Vice Admiral Chris Ritchie, who outlined ambitious goals.

“This new company will be governed by an Australian board and operate under Australian management to build world class naval vessels in best practice Australian shipyards,” Vice Admiral Ritchie said.

“We will invest in Australian skills and infrastructure and transfer expertise from Luerssen Australia to develop capability and support the foundation of a sustainable naval shipbuilding industry that is able to export to the global market.”

Civmec executive chairman Jim Fitzgerald, who will be a director of the JV company, said it was a huge step forward for Australia’s shipbuilding industry.

“It is an exciting development that will fully underpin the development of the new state of the art shipbuilding facility at Civmec’s Henderson headquarters,” Mr Fitzgerald said.

The joint venture announcement comes after the Defence department clarified the scope of the OPV project in response to queries by Business News.

The total project is budgeted to cost $3.6 billion while Lürssen’s contract for the design and acquisition of 12 vessels is valued at $2.8 billion.

A Defence spokesperson told Business News the difference included funding for equipment required for an OPV training centre, life extensions for a number of Armidale Class patrol boats (which will eventually be replaced by the OPVs) and project office costs.

The first two OPVs will be built in Adelaide by contractor ASC, with 10 to be built in WA.

“The value of the contract amount to be spent in WA is broadly proportional to the build split between the states, noting that there are some design elements and equipment sets that will be imported from other states or from overseas,” the spokesperson said.

That implies up to $2 billion is due to be spent in WA, depending on how much equipment is imported from elsewhere.

Saturday's announcement comes five weeks after Civmec said it had been contracted to supply and process steel for all 12 OPV vessels and undertake final consolidation of the ten vessels to be built in WA.

Civmec did not quantify the value of this contract but based on the latest quarterly increase in its order book, it is likely worth about $250 million.

After the announcement of the JV, it said the existing contract will be modified to integrate AMSEG into the management of the program.

"The outcome of the formation of AMSEG and modification to Civmec’s existing contract will be that Civmec will ultimately perform a larger scope of work on the OPV program," the company said.

Other companies contracted by Lürssen to work on the OPV program include Saab Australia for a Situational Awareness System and L3 for communications throughout the vessels.