Woodside Petroleum has officially launched its latest marine craft, taking the opportunity to showcase the newly built platform supply vessel Siem Thiima in Fremantle due to its capacity to use LNG as a fuel. 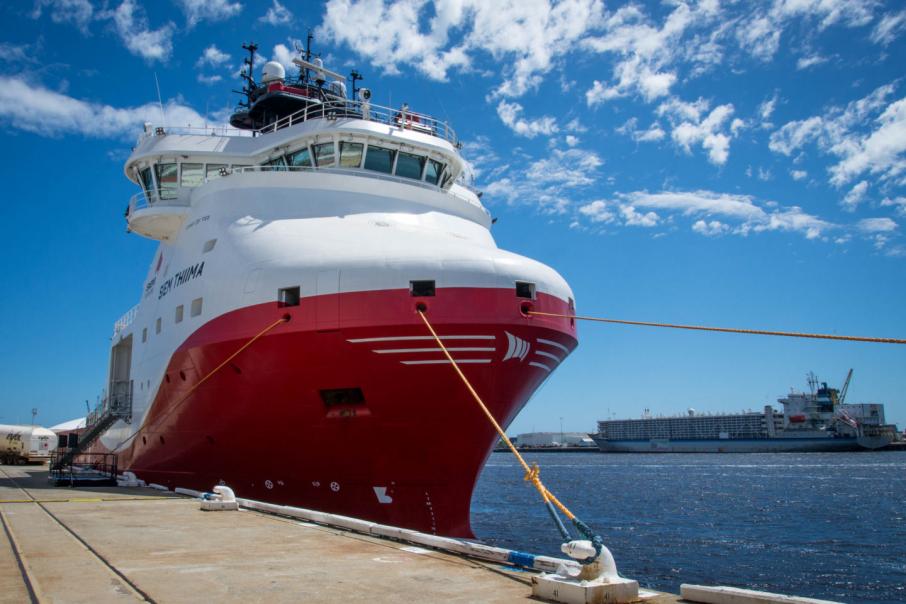 Woodside Petroleum officially launched its latest marine craft last night, taking the opportunity to showcase the newly built platform supply vessel Siem Thiima in Fremantle due to its capacity to use LNG as a fuel.

Chartered from Siem Offshore and able to run on marine diesel oil or LNG, Siem Thiima can refuel for the latter at Fremantle and Dampier due to facilities provided by Evol LNG which has specialised in providing natural gas alternatives to diesel and has a Kwinana LNG plant.

The Siem Thiima’s dual-fuel capability is relatively rare in maritime operations in the Southern Hemisphere, with a new SeaRoad Bass Strait ferry being a recent example.

However, Woodside said about 200 vessels above the equator had the ability to run on LNG and another 200 were under construction.

Woodside chief operations officer Mike Utsler believes that the opportunity for LNG use is significant in just the Pilbara alone.

Mr Utsler said the major iron ore producers were part of a joint industry project to look at LNG powered shipping. In addition there was the possibility of using LNG-powered locomotives to transport ore from mines to ports.

“That's billions of dollars of fuel use in the Pilbara alone.

“There's an attractive market opportunity for us as Woodside in our own backyard.”