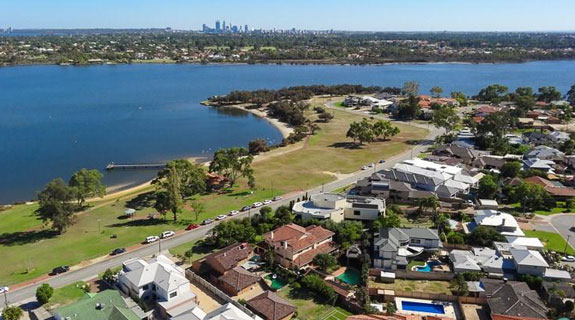 The riverside suburb of Shelley has been given the ignominious title as the second worst suburb for rental problems in Australia.

The title comes from research from rental review website Don’t Rent Me, which said bad reviews in Shelley made up 9 per cent of the total bad reviews made in Western Australia.

East Perth, Quinns Rocks, West Perth and Ocean Reef made up the rest of WA’s worst five suburbs, all making up 5 per cent of the total rental complaints in the state.

Established in 2012, the Don’t Rent Me website allows renters to provide details of issues with landlords and property managers, or list bad rental properties.

Founder Anthony Ziebell said he started the website after his own poor experience with a former landlord.

“The landlord refused to carry out repairs and the agent was incompetent and tried to take our entire bond, despite the fact we left the house in good repair,” he said.

“After this, I wanted to leave a statement online to warn others and discovered there was no outlet to do this, so I created one.”

Mr Ziebell said a recent review of a negative experience had prompted action from a landlord who discovered it, not knowing of any issues at the house.

“The real estate agent was not letting the landlord know about issues with the property, and therefore nothing was being fixed,” he said.

“The landlord has since fired the real estate agency and the issues have been fixed and the review has been taken down.

“This is exactly what we wanted to do with the website.”

According to the data released today, Southport in Queensland is the suburb with the most rental problems in Australia, making up 12 per cent of all negative reviews received in the sunshine state.