Safety and security companies featured heavily in Techboard’s top trending startups this past fortnight, with five out of the top ten companies representing the category. 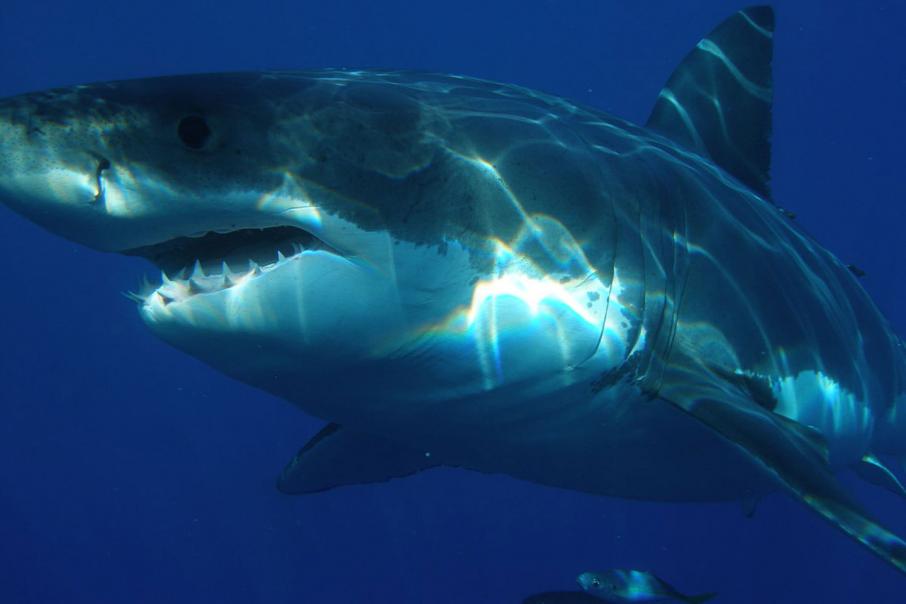 Safety and security companies featured heavily in Techboard’s top trending startups this past fortnight, with five out of the top ten companies representing the category.

Shark Shield replaced Shark Mitigation Systems at the top of leader board, as the startup’s shark repelling product was endorsed by an independent University of Western Australia study and captured significant mindshare as a result.

The study showed that great white sharks were successfully deterred from a bait by the electrical wave emitted by the device.

The company was widely covered in the national press and overseas, and saw strong social media traction in particular on Facebook. 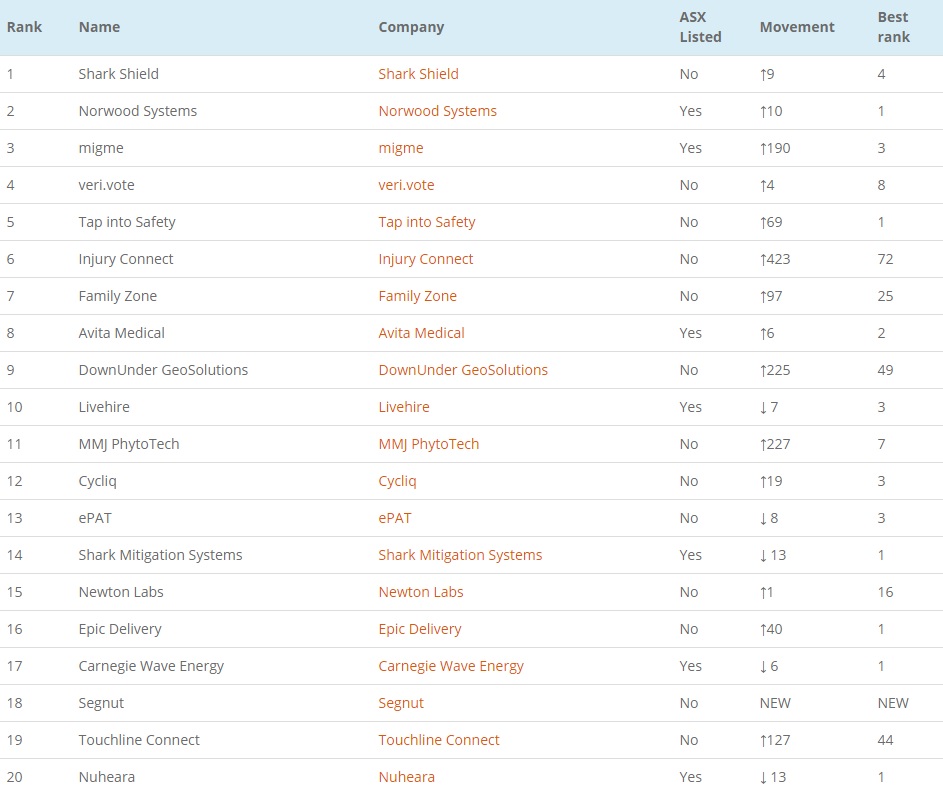 Awards season is upon us with five separate awards announcing their shortlists or winners this fortnight, acknowledging WA’s innovative and entrepreneurial finest: WAIITA INCITE Awards, WA Innovator of the Year, Telstra Business Awards, EY Entrepreneur of the Year and the Rising Stars Awards.

One such company is Norwood Systems, the second highest trending company this fortnight, and recognised by two separate innovation awards.

The listed telco was a finalist in the INCITE awards, in the most disruptive technology category, and a semi-finalist in the WA Innovator of the Year.

“It’s been quite a journey since listing on the ASX, including the launch of World Phone – an app which provides better international call quality at a significantly cheaper rate.

“It’s great to see further details being made public of our targeted full-service OTT service platform.”

Another Innovator of the Year semi-finalist was Tap Into Safety, ranked fifth in Techboard’s ranking.

The interactive safety startup was also recognised as a finalist in the Telstra Business Awards, in the WA New Business category.

“Tap into Safety has made some significant progress since our second birthday last month,” founder Sue Bahn said.

“That milestone reinforced the brilliant work the whole team has achieved in developing the safety training platform, bringing on significant major clients and forming a second division in the company that focuses on mental health.

“Our networks and peers are also positively encouraging our continued success through award finalist nominations such as Telstra Business Awards, WA Innovator of the Year and WAITTA INCITE Awards.

“It is also great for our achievements to be recognised in Techboard’s startup ranking.”

veri.vote, the company that wants to revolutionise democracy, was ranked fourth.

The startup attracted widespread national media coverage, with the federal election driving a lot of that interest.

“We’re delighted to have made the top five,” co-founder Cam Sinclair said.

“For a small startup like veri.vote, it’s a big honour.

“It’s exciting to go from startup weekend eight months ago, to gaining national media attention and the top five of Techboard.

“In the light of last weekend’s federal election, millions of Australians have been rightfully asking why we don’t already have online voting.

“We’re working hard to develop a voting system supported by blockchain technology which can be trusted by elected officials, electoral commissions and the voting public alike.”

Family Zone, which provides parents with tools to manage their kids’ online access, was both a WAIITA INCITE finalist in the Most Impactful Social Benefit category, and INCITE’s Startup of the Year. The startup was ranked seventh on Techboard.

The share placement followed an earlier $7 million investment by Meitu.

Tech company Secure2Go intends to be one of the first to take advantage of the new Tax Incentives For Innovation legislation.

Working with wearable and connected technology the startup has customers and commercial trials across resources, goods transport and people transport nationally.

“We expect the new legislation will help bridge the gap for mainstream investors to participate in the exciting opportunities with the Australian startup community,” said Wes Lawrence, Secure2Go’s managing director.

The company is currently completing a Series A funding round ahead of an IPO later in the year.

‘Mum marketplace’ Jugglr has announced its free app will be launching soon.

The app will offer users a secure way to access a network of mums in their local area, offering a range of services from picking up kids to learning a new language.

Inhouse Group has had a big year. The analytics startup kicked off last financial year by adding tech entrepreneur Peter Rossdeutscher and experienced executive Chris Innis to the board, and in March rebranded from iinsights to Trendwise.

The team has continued growing with two new BDMs hired in the past few months, and moved to new Perth offices in May.

The year ahead holds even more in store, according to Lauri Jalonen, InHouse’s Head of Technology.

“We have a number of new improvements and developments listed on the future technology pipeline. We will be adding Bluetooth sniffing and iBeacon support into our next-generation sensor.”

Cynata Therapeutics has announced progress in its strategic alliance talks with Regience.

The Japanese healthtech company has offered an initial investment of AUD$400,000 in new ordinary shares in Cynata.

Bennetti ITEC has released the latest version of its Bricks Inspector mobile app.

The app is a property inspections app for landlords and investors, which lets users capture inspection notes and supporting evidence against a customisable checklist, then instantly generate a report.

Phylogica has announced a successful outcome to studies of its cell-penetrating Phylomer, undertaken as part of a collaboration with Murdoch University’s Centre for Comparative Genomics.

The Phylomer was shown to significantly enhance intracellular delivery of antisense oligonucleotide drugs.

These drugs work by editing mutated regions that cause disease, and are showing great promise as therapies to reduce the severity of genetic diseases.

“We’ve now shown we can deliver a whole new class of drug that has the potential to open up commercial opportunities in the oligonucleotide field, which has seen a significant resurgence over recent years.”

eLearning platform provider Velpic has entered into a distribution agreement with business advisory software provider Panalitix. This is Velpic’s first distribution partnership arrangement, and provides it with access to an immediate 165 new customers and potentially 500 new customers in both Australia and the USA.

Velpic CEO Russell Francis said, “as part of the international expansion strategy, Velpic is increasingly focused on partnership reseller arrangements and we will look to replicate this arrangement with other distributors in the near term.” 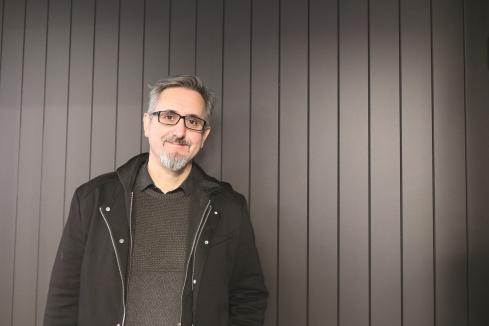 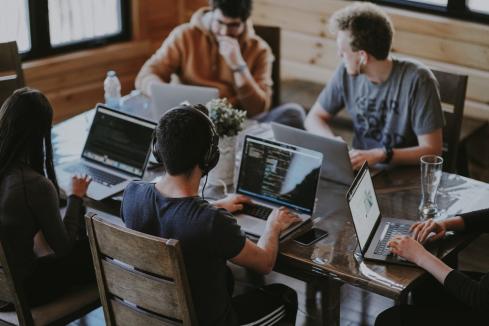