While doom and gloom is now rife, there are some signs that global shares may be at or close to a low. 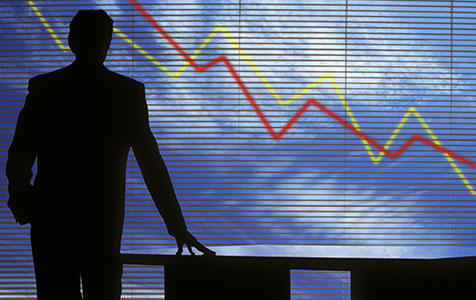 Global shares had another rough week on worries about global growth and the Ebola scare continued to build.

This saw most share markets fall, but Australian shares having led on the way down managed to rise over the last week as investors started to look for bargains. Eight per cent yields on Australian banks are hard to resist.

Global shares are now down 8.5 per cent from their September high and Australian shares are down 6.8 per cent (although this has been pared from an 8.9 per cent decline to the low on Monday.

Bond yields continued to slide on global growth fears and on the back of safe haven buying.

Commodity prices remained under selling pressure but the Australian dollar rose slightly as the $US pulled back a bit on talk that the Fed may delay the end of QE and/or rate hikes.

While doom and gloom is now rife, there are some signs that shares may be at or close to a low.

The 8.5% correction in global shares is around the size of the average correction seen since the current bull market began; in fact US and Australian shares have had a healthy correction of nearly 10% top to bottom using intraday data; markets that led on the way down like Australian shares and US small caps have been clawing back in the last few days; the last few sessions have seen US and Australian shares rebound from intraday lows suggesting that bulls may be starting to get the upper hand; investor sentiment is now so bad that its good – with our composite measure of investor sentiment in the US having fallen to levels often associated with share market lows; and the month of October is known for seeing shares start to turn back up ahead of a rally into year-end.

And the fall in share markets has seen shares move well into cheap territory (with the forward PE on Australian shares at around 13.7 times being well below its long term average) and lower bond yields also adding to the relative cheapness of shares.

The Fed may delay ending QE and rate hikes.

Various Fed officials have added to the message that the Fed will allow for the impact of softer global growth and the stronger $US and that it may result in a delay to rate hikes.

I suspect that they might now get pushed into the September quarter next year.

Two Fed officials even referred to possibility of more quantitative easing or a delay to the end of the current program if needed to head off falling inflation expectations.

Fed President Bullards comment regarding extending QE are particularly significant because he often provides a lead on where the Fed is heading.

The key is that the Fed is not on a preset path towards monetary tightening and there is now a good chance that QE will not end this month.

In Australia, RBA Assistant Governor Guy Debelle reiterated the view that the $A is still too high and the RBA’s concerns about the potential for financial market volatility and in particular warning of a potential “violent” sell off in fixed income markets if the outlook for low interest rates changes.

Of course the latter was taken out of context by the media in referring to financial markets generally - as they say bad news sells! At this stage though there is no sign of any end to the low interest rate environment.

Yes we are getting the volatility, but bonds are rallying as global growth is yet again disappointing pushing out any eventual global monetary tightening/higher interest rates.

More broadly central banks and the IMF need to be very careful in what they wish for here.

In providing monetary stimulus a key aim was that investors take on more risk thereby spreading easier monetary conditions through the economy and facilitating economic recovery.

Warnings to the effect that we are now seeing unsustainable bubbles (I don’t see many), frothy markets and the risk of violent sell-offs to the extent it adds to investor panic risks undoing all they have sought to achieve over the last few years.

The risk around Ebola is clearly continuing to increase with more cases in the US after botched medical protocols.

Our base case remains that it should be easier to control its spread in the US and in western countries and as such it will remain largely contained to Africa but with short term bouts of share market volatility around Ebola scares.

But recent events in the US suggest that the risks have gone up.