ACA Lawyers has filed a class action against Macmahon Holdings on behalf of the contractor’s shareholders over its alleged delay in revealing information about problems with a major infrastructure project in 2012. 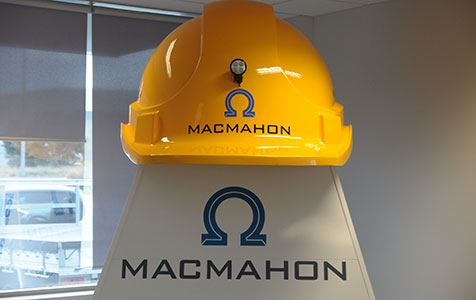 ACA Lawyers has filed a class action against Macmahon Holdings on behalf of the contractor’s shareholders over its alleged delay in revealing information about problems with a major infrastructure project in 2012.

The ‘multi-million dollar’ claim alleges Macmahon breached its continuous disclosure obligations and engaged in misleading and deceptive conduct by not revealing the financial impact of its Hope Downs 4 rail earthworks and bridge construction project in the Pilbara, which was being carried out for Rio Tinto.

It follows news last month that ACA Lawyers was pursuing a class action on behalf of WorleyParsons shareholders, seeking tens of millions of dollars from the engineering and construction giant, alleging they were misled over earnings forecasts.

In August 2012, Macmahon announced record profits for the previous financial year and stated that the Hope Downs project was 56 per cent complete, but said nothing about any likely financial impact, ACA Lawyers said.

“Only a month later, Macmahon announced a massive downgrade in its profit forecast estimating its FY13 net profit of between $20 million to $40 million, representing a 41-71 per cent profit downgrade,” the firm said.

“The company gave one of its reasons as the significant additional costs of the project. On the same day, the chief executive Nick Bowen resigned and Macmahon’s share price dropped by almost 40 per cent.”

ACA Lawyers principal Steven Lewis said Macmahon’s retail and institutional shareholders were alleging the company should have told the market about project delays and the financial consequences at least four months before it actually did in September 2012.

“Macmahon let down investors by not making timely disclosure of the delays and shareholders are understandably angry,” Mr Lewis said.

“That the CEO and the Western Australian manager resigned and the Hope Downs management team was changed speaks volumes about the problem.

“Unfortunately it was Macmahon shareholders who suffered. The class action is an opportunity for these shareholders to recover losses caused by Macmahon’s alleged misleading and deceptive conduct.”

In a brief statement, Macmahon said it would vigorously defend the proceeding.

Macmahon shares closed 1 per cent lower at 9.3 cents, before the company called a trading halt.